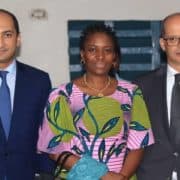 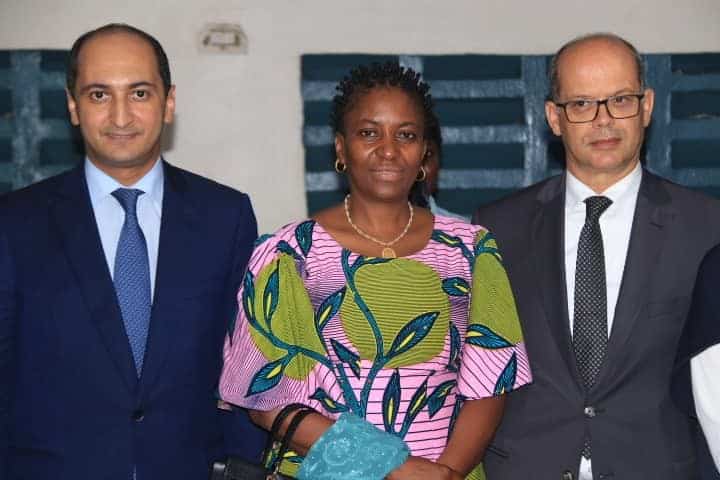 (MFAIC Press Office Freetown: Wednesday 11th September, 2019): The Minister of Foreign Affairs and International Cooperation, Hon. Nabeela Tunis on Tuesday, 10th September, 2019 received a delegation from Morocco headed by the  Director General of the Moroccan Agency for International Cooperation, Ambassador Mohammed Methqal, at the Ministry’s conference room Tower Hill. The visit by the Moroccan delegation was one of the critical outcomes of the working Visit of the Hon. Minister, Mrs Nabeela Tunis, to the Kingdom of Morocco in August this year.

In his opening remarks, in which he dilated on the purpose of his visit, Ambassador Methqal disclosed that he is here  in Sierra Leone with a team of experts on a scoping mission to develop bankable development project, within a wide range  of sectors, that will be ultimately funded by the Moroccan Government in collaboration with the Government of Sierra Leone which they can help to fund in Sierra Leone.

He further stated that, beyond developing projects, the team is also in Sierra Leone to share with the country the Moroccan development experience especially in sectors such as Agriculture, Renewal Energy, Education, ICT, Fisheries, Security and Banking among others. Ambassador Methqal reckoned that, such experience sharing in the fields of education, security, trade among others, can father deepen bilateral ties between the two countries.

Welcoming the Director General and his delegation on behalf of the Government and the People of Sierra Leone, the Minister of Foreign Affairs and International Cooperation, Hon. Minister Nebeela Tunis said it was a great pleasure to receive a delegation from the Kingdom of Morocco on a scoping visit to Sierra Leone as a fruit to her working visit to Rabat, a few weeks ago.

On that note, she extends her profound appreciation, through the delegation, to Minister Nasser Bourita for the commitment demonstrated by the kingdom of Morocco towards the deepening of bilateral relations between Sierra Leone and Morocco, and the strengthening of the two government’s cooperation on regional issues.

She stated that as a country they attach great significance to this scoping visits as it is another opportunity for them to draw concrete road map towards achieving our specific development goals and objectives.

Mrs Nabeela Tunis furthered that the visit marks a critical step in the right direction for consolidating the longstanding friendship between Sierra Leone and Morocco and hoped that these bankable projects will be untimely presented to the two heads of state, during the H.E. President Bio’s visit to the kingdom of Morocco later this year, for their favourable consideration. Minister Tunis expressed hope that such engagement will be further bind the already string bilateral relationship that exist between the two countries.

Present at the meeting were the Minister Hon Nabeela Tunis, Deputy Minister Solomon Jamiru Esq, Director General of Foreign Affairs Mr. Al-Hassan Kondeh, Directors of the Ministry and other MDAs.