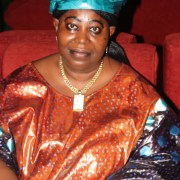 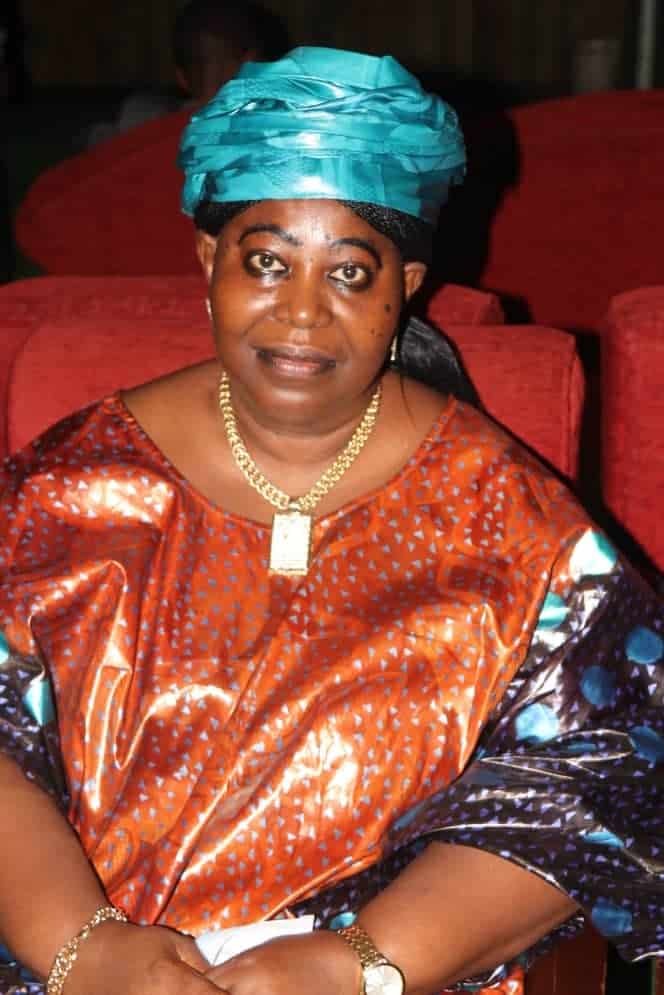 Sierra Leone’s Members of Parliament on Tuesday 20th October, 2020 hailed the Director General of the Ministry of Foreign Affairs and International Cooperation, Mrs Florence Nyawa Bangalie for her exemplary work and professionalism exhibited in her career as Administrator.

The MPs showered praises on the Foreign Ministry’s Director General in the Well of Parliament during the debate and approval of the 15th Report of the Committee on Appointment and Public Service.

Among the eleven (11) Presidential Nominees, the Director General of the Ministry of Foreign Affairs and International Cooperation was up as Ambassador-at-Large following her appointment by His Excellency President Dr Julius Maada Bio on the 23rd of September, 2020.

Reading the profile of the Director General and Ambassador –at-Large, the Leader of Government Business, Hon Sahr Mathew Nyuma said, Mrs Florence Nyawa Bangalie is a Career Civil Servant- Diplomat with vast years of affiliated administrative experiences; a Master’s degree holder and the current Director General of the Ministry of Foreign Affairs and International Cooperation. He read that, Mrs Bangalie had served as Director in different capacities within the Ministry and as Minister Councilor and Head of Chancery at the Sierra Leone Embassy in Brussel, Belgium respectively.

Responding to the Committee on Appointments and Public Service on how the new Ambassador-at-Large would rejuvenate the Diplomatic Corps, Hon. Sahr Nyuma reported that, Mrs Bangalie responded that she would endeavour to ensure that Sierra Leone is recognised globally and that the Ministry is working on three documents: the Management Functional Review, the Foreign Service Act and the Foreign Service Policy.

During the debate session, Opposition Member of Parliament, Hon. Hassan Sesay described the Foreign Ministry’s Director General, Mrs Bangalie as an accomplished career civil servant and diplomat who has served the Ministry the longest time.

He went on to describe her as one of those who came from the old school of diplomats, trained within the Ministry and has flown within the ranks to where she is now; adding that with such a vast experience, the DG is more than competent and capable to serve in the capacity as Ambassador-at-Large.

The Chief Whip of Parliament, Hon. Dickson Rogers described DG Bangalie as a friendly individual who cuts across tribal and party lines and that she is down-to-earth. Hon. Rogers stated that he is confident that Mrs Bangalie will deliver her best in her new dispensation and continue to transform the Foreign Ministry.

Hon Josephine  Makieu in her contribution commended the Foreign Ministry DG adding that she had no doubt that, Mrs Bangalie would work assiduously in her new position as Ambassador-at-Large.

The Leader of C4C, Hon Sahr Emersson Lamina maintained that DG Bangalie is a hardworking civil servant who would give her best in her position as Director General and Ambassador-at-Larger of the Ministry of Foreign Affairs.

The Leader of the Main opposition in Parliament, Hon. Chernor M. Bah also made salient commendations and asked the House to support and approve DG Bangalie stating that, with her expertise as an Administrator, she would continue to give the Foreign Ministry a facelift.

The Speaker of Parliament, Dr Abass Bundu encouraged the Presidential Nominees to give their best while serving the people of Sierra Leone and live up to the expectations of the House of Parliament and of the President. 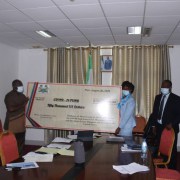 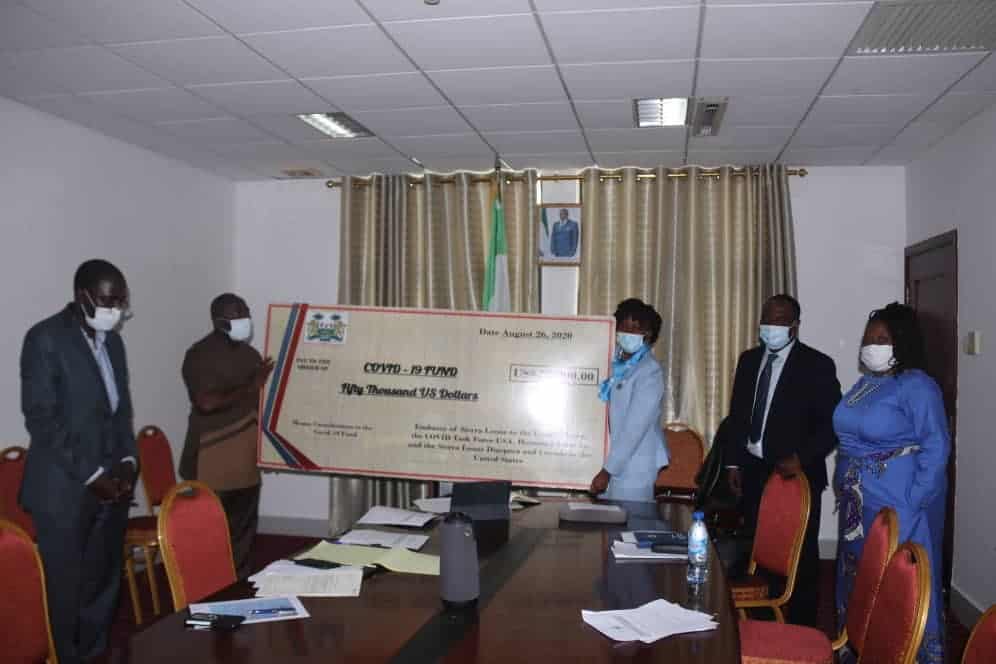 After assiduously mobilising financial and material support in response to the call of the government of Sierra Leone, Sierra Leone Ambassador to Washington DC, His Excellency Abou – Bakar Sidique Wai and his Embassy staff through the Minister of Development and Economic Planning, Dr Francis Kaikai, have presented today to the Foreign Minister consignment of COVID-19 materials and financial support.

In February this year, Ambassador Abou -Bakar Sidique Wai received a request from the government of Sierra Leone soliciting support in the fight against COVID-19 in Sierra Leone. Through the diligent leadership of Ambassador Abou -Bakar Sidique Wai, Sierra Leone’s diaspora community in the USA and other good friends have donated 1 Forty feet container of COVID-19 materials. These items include two respirators that cost US$1.5million, five Respirators from Argentina, 22000 Face Masks, and financial support of US$50,000.

Ambassador Abou-Bakar Sidique Wai and staff put together a Task Force upon receipt of the request from the government of Sierra Leone. The responsibility of this task force was to oversee the mobilisation of donations that the country direly needs to fight the pandemic. The Task Force was headed by Dr Michael Rogers, who brought together credible board members in ensuring accountability and transparency.

“My staff worked overtime and contributed resources, and together, we are presenting this token to the government of Sierra Leone from the support of the Sierra Leone diaspora community”. Ambassador Abou-Bakar Sidique Wai noted that he appreciates the Sierra Leone embassy staff for rising to the occasion.

In his presentation of the donations at the Sierra Leone Embassy in Washington DC, Dr Francis Kaikai showered appreciation on the Embassy for positively responding to the call of the government of Sierra Leone at a very critical moment. “We are delighted to participate in this event, and I sincerely acknowledge the efforts of Sierra Leoneans in the diaspora and friends of Sierra Leone”.

“The exercise was very transparent with accountability exhibited,” Dr Kaikai said. Dr Francis Kaikai notably recognised Dr Judy Kuriasky for his support towards fundraising and materials donated for the fight against COVID-19 in Sierra Leone.

On behalf of the government of Sierra Leone, Minister of Foreign Affairs Nabeela Tunis expressed that the donation will go a long way in supporting and enhancing the government’s effort against the pandemic. “The accountability and transparency manifested by the Ambassador, staff of the Embassy,  and the COVID -19 Task Force in the USA will motivate other Sierra Leoneans”, she stated. Mrs Nabeela Tunis commended the leadership demonstrated by Ambassador Abou-Bakar Wai and the entire Embassy staff for mobilising Sierra Leoneans to support their country.

The Minister emphasised the government’s gratitude to the COVID-19 Task Force in the USA for the amount of time and effort dispensed to harness support. She concluded by sympathising with all Sierra Leoneans that had lost their loved ones during the pandemic.

The team at NACOVERC closely worked with the Sierra Leone Embassy in Washington DC and the COVID-19 Task Force -the USA in making the project a success.