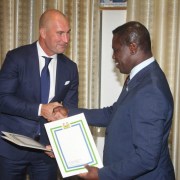 The Minister of Foreign Affairs and International Cooperation, Professor David John Francis, and the MSF County Representative, Mr. Whitney Ward, have today jointly signed the host Country agreement between the Republic of Sierra Leone and the Medecins Sans Frontiers (MSF), in order to strengthen the health sector in the Country through medical and humanitarian needs. 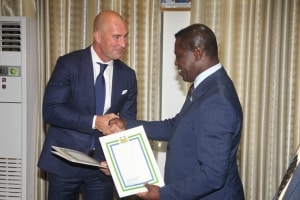 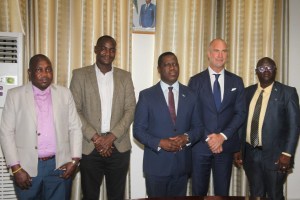 The agreement is to regulate and to preserve the effectiveness and protection of the medical and humanitarian character of MSF and it activities under the international law, humanitarian principles and International medical ethics, as well as to reinforce the cooperation between MSF and the Republic of Sierra Leone. 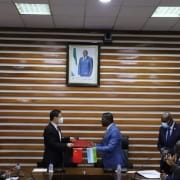 Ministry of Foreign Affairs and International Cooperation, Tower Hill, Freetown, 4th April, 2022. The Ministry of Foreign Affairs and International Cooperation has today allocated twelve (12) vehicles, including two (2) buses to eight MDA’s, donated by the Government of the people’s Republic of China. According to the Chinese Ambassador to Sierra Leone, H.E Hu Zhangliang, the donation was a manifestation of the good bilateral relationship that has existed between the two Countries over the last fifty (50) years. He expressed his delight for witnessing the handing over ceremony in the capacity as the ambassador from China to Sierra Leone. 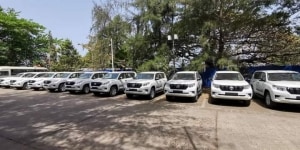 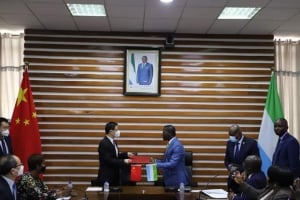 Ambassador Hu Zhangliang thanked the Government of Sierra Leone and the Minister of Foreign Affairs in particular, Professor David John Francis, for his professional and outstanding leadership in promoting Sierra Leone to global partners. He assured the Country of China’s continuous support in all areas of development. 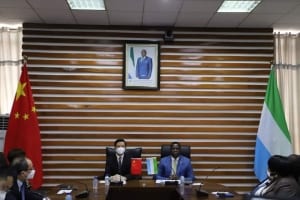 Professor Francis in his remarks thanked the Government and people of China for the support to Sierra Leone over the years. He said Sierra Leone and China has a very long standing and sincere relationship, mutual respect in a win-win situation. He presented Sierra Leone as a land of opportunities and that the Country was ready for business inorder to Change the current situation in the Country and for the good of all.

Professor Francis crave on the indulgence of all MDA’s to make the best use of the vehicles. 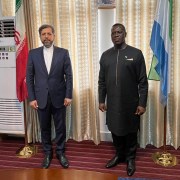 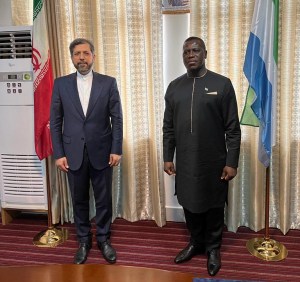 The Deputy Minister said his visit was to strengthen the Importance of mutual interest, from economic affairs to Social, culture and public diplomacy.

Professor Francis in his remarks said Sierra Leone is a Country of choice especially for Iran that has a long standing relationship with Sierra Leone for 60 years now. Presenting Sierra Leone as a land for opportunities, Professor Francis highlighted series of areas where both Country’s can collaborate. From Education, Agriculture, Health, Tourism, Spots Mines and Culture.

The Minister said the 15 scholarships will be awarded to the three newly established Universities in the Country as a means of promoting His Excellency, President Julius Maada Bio’s Human Capital Development dream. He reaffirmed the Government’s commitment to the Iranian Government and the people of the Islamic Republic of Iran.