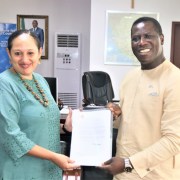 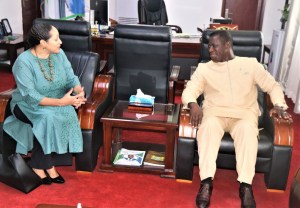 The United Nations Population Fund (UNFPA) was established by the United Nations Economic and Social Council (ECOSOC) in 1973 and reaffirmed in 1993, with tow objectives. To build the knowledge and the capacity to respond to needs in population and family planning, and to promote awareness in both developed and developing Countries of population problems. The organization delivers a world where every pregnancy is wanted, every birth is safe, every young person’s potential is fulfilled. UNFPA partners with Governments, other agencies and civil society to advance its mission around world. 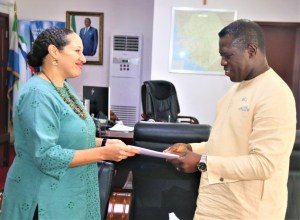 The Honourable Minister, in his response said the Government recognizes the role of Multilateral partners in the maintenance of peace and security in the Country. He welcomed the new Country representative on behalf of His Excellency President, Rtd. Brig. Dr. Julius Maada Bio and the Government of Sierra Leone.

Professor Francis encouraged Madam Nadia Rasheed to closely work with the Ministry of Health and the Office of the First Lady. He said those two offices will help her achieve her mission for UNFPA in Sierra Leone. 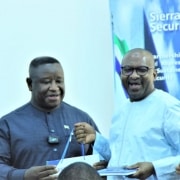 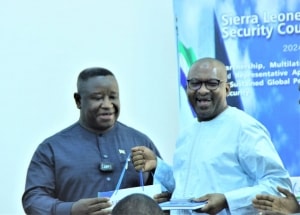 The Minister of Foreign Affairs and International Cooperation, Professor David John Francis, said the national launch and presentation of UNSC promotional materials will promote local awareness and ownership among citizens and galvanize local support in the pursuance of the Presidency at the United Nations Security Council. 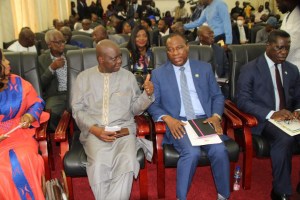 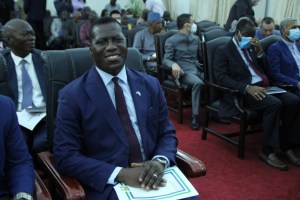 He said Sierra Leone’s UNSC candidature has secured endorsement from ECOWAS and the African Union. Stating that, the AU endorsement ensures that Sierra Leone is not competing with any other African Country for the 3 seats allocated to Africa in the Council, hence a clean slate candidature is assured for Sierra Leone.

Sierra Leone’s aspiration for the UNSC bid is with a clear vision that targets seven priorities that supports and strengthens the following:

1. Partnership and representation in the maintenance of peace and security,
2. Peace-making and peacebuilding
3. Human rights and accountability
4. Women and youth in peace and security
5. Terrorism and new threats to peace (climate change and human security)
6. Small arms control and
7. Security Council reform

Sierra Leone last served in the Security Council for in 1971. The elections for the 2024/2025 tenure will be held in the United Nations General Assembly in New York in June 2023.

The bid to serve in the UN Security Council in 2024-2025 is a testament to both our resilience and the efficacy of multilateral cooperation in successfully delivering peace in Sierra Leone.

Sierra Leone is currently serving as the coordinator of the African Union Committee of Ten Heads of State (C-10) promoting, canvassing and advocating for the common African Position on United Nations Security Council Reform.