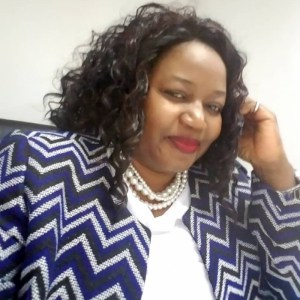 Ms. Isatu S.A. Sillah is a career diplomat with twenty eight (28) years of experience in both the civil and foreign service of Sierra Leone, specialized in international contemporary diplomacy and global development issues. She has effectively served in various capacities in the Sierra Leone Civil Service: May, 1993 to July 2004 as Assistant Secretary and Senior Assistant Secretary in four different MDAs where she was actively involved in the setting up of the Agriculture Master Plan, NATCOM, MARITIME Administration, Civil Aviation, Traffic Warden, National Bonded Warehouse, and the Phytosanitary Unit.

In July 2004 to date, she has served efficiently and professionally in almost all the directorates of the Ministry in her role as Deputy Director and Director at the Ministry of Foreign Affairs and International Cooperation. She sojourned for five months in Brussels, Belgium with multiple accreditation to the European Union, the ACP, the Benelux States and the Holy See as Counsellor and Head of Chancery in 2009. She also served as Minister Counsellor and Head of Chancery from October 2012 to December 2018 in our mission in Washington D.C, USA, with concurrent accreditation to Brazil, Canada, Venezuela, Jamaica, Trinidad and Tobago, the commonwealth of the Bahamas, the commonwealth of the Dominican, the World Bank and the IMF. During this tenure, she often served as Chargé d’affaires on various occasions making her the Head of Mission ad interim.

She played an active role in the award of the threshold grant and the MCC compact multimillion dollar award. Ms Sillah was able to coordinate Sierra Leone’s foreign policy within the African Ambassador’s Group, the United States Department and all relevant departments of state, the U.S. Congress and Senate and at the White House as Chair for Sub-Sahara Female Diplomats under the Equal Futures Partnership Program of President Barack Obama, in furtherance of the third millennium Development Goal. As a result of that, the US continued its active support on the third Millennium Development Goals to Sierra Leone.

She attended six United Nations General Assembly Summits, and contributed to the signing of various development agreements between Sierra Leone and the United States through USAID, Canada Development Fund, and Venezuela Students Scholarships.

In her role as Minister Counselor and Director of Americas and South Pacific, she has effectively coordinated and provided cogent diplomatic and consular relations advice on the establishment of the Consulate General and Honorary Consul offices in five states in America. She was very vocal in advocating for a rescind of the US blanket visa sanctions on the nation  and the B1 and B2 restricted visa sanctions on Foreign Affairs and Immigration officials which has both been lifted.

In 2010/2012 as Director of Europe she was the brainchild in setting up of the Sierra Leone United Nations mission in Geneva Switzerland.