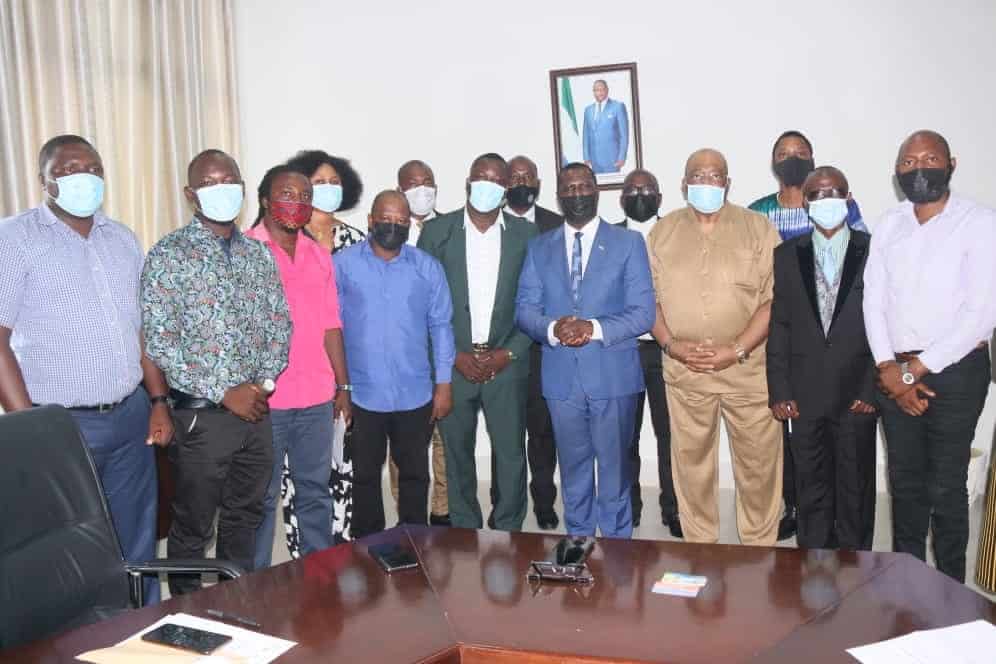 Speaking to the honorable Minister, Ambassador Kao De’ Nero introduced his recently appointed board members to the Minister. Stating that, each member of the board was from a different sector of the entertainment industry in order to ensure inclusiveness cross the entertainment sector.

“I have set up this board to see how we can mobilize and put our industries together. I signed an MOU when I visited the United States with an investment firm that is looking for investment in entertainment and agriculture. They have helped so much in creating the platform of television stations that can get us DSTV coverage where our content can go international. This is an area that is critically needed because our music is great, we have so much great talents but we just remain local. We cannot compete with the rest of Africa as we don’t have this platform, we are waiting for the delegation from the United States but there are a lot of areas that we need Government’s support” he explained.

Making his brief remarks, the honorable Minister congratulated Ambassador Kao to his new office and for his visit to the Foreign Ministry. He reiterated on the shift in the foreign policy from Economy Diplomacy to Development Diplomacy. Acknowledging the work by Ambassador Kao, he referred to his entertainment move as “cultural Diplomacy” for which he applauded him.

“Cultural Diplomacy is about presenting the best and the heart of the Country, to entice people to come and explore opportunities and investments in our Country, now that you have come onboard I want you to be not only the Ambassador of entertainment in Sierra Leone, but also an ambassador of the Foreign Ministry, we want to promote and create a gallery in the foreign Ministry whereby we will be hosting arts and crafts experts in the Ministry in order to design portraits of our Foreign dignitaries with different untapped talents and investment opportunities by the country’s entertainment
sector.” he said.

The honorable Minister concluded by assuring ambassador Kao of the Ministry’s commitment in
facilitating visas for members of the entertainment industry as long as all the documentations are in place.