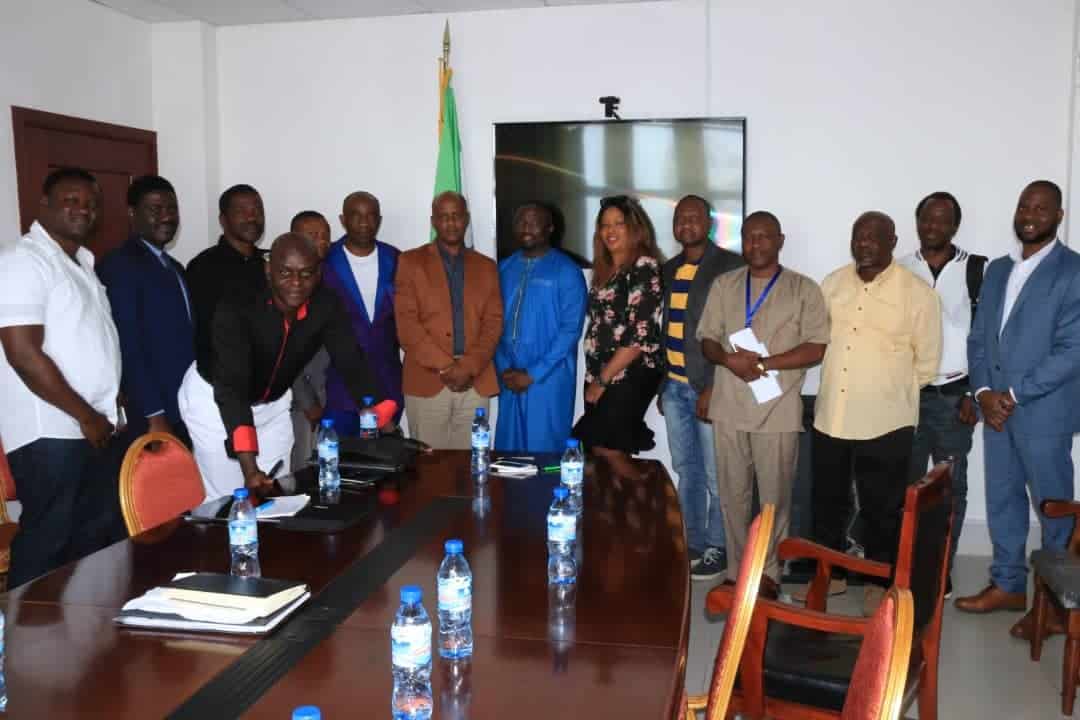 The Sierra Leone Diaspora Union on Thursday 13th June, 2019 briefed the Hon. Deputy Minister of Foreign Affairs and International Cooperation, Solomon J. Jamiru Esq on issues ranging from migration to investment at his Tower Hill office in Freetown. Moderating the meeting, Mr. Maada Ansumana Kamara, the Secretary General of the Sierra Leone National Union in The Gambia, briefed the Hon. Deputy Minister about the deliberations at the just concluded diaspora Policy Workshop on Migration and other issues.

Mr. Kamara reiterated that for about ten months, they have been striving to have a policy document that can ease the burden on government, as well as having a tripartite meeting point that the Government of Sierra Leone, the Diaspora and the citizenry will all benefit.

Speaking on the policy document, Unisa Dizo Conteh, Consultant at the Sierra Leone Central Union Netherlands, said they have worked collaboratively with the Ministry of Foreign Affairs to produce the policy document which entailed issues of re-integration, the role of Diasporas in national development, the need for the country to have strategies to deal with emergency issues among others. He added that the document, identifies three core recommendations which are as follows: the need for diasporas existing programmes, enhancement of  policies to be incorporate into the needs for migrants caught up in countries of crisis;  the need to improve communication with the government through the Diplomatic Missions abroad and the essence of creating a conducive environment to ensure that the Diaspora engagement takes place in a really beneficial way; and diaspora commitment to support Sierra Leone on national development. He called on the Hon. Deputy Minister to help them speed up the approval process of the document in Parliament.

Responding, the Hon. Deputy Minister, Solomon J. Jamiru Esq welcomed the delegation and congratulated them for a successful policy workshop and assured them of the Ministry’s commitment and support in ensuring that the conclusions, resolutions and recommendations emanating from the workshop will be aligned within the wider policy framework for International cooperation and relations.

The Deputy Minister gave a brief talk on the 8 important clusters of the National Development Plan which according to him encapsulated human capacity development, He informed that His Excellency President Julius Maada Bio has championed economic diversification and growth, infrastructure and economic competitiveness, governance and accountability, women empowerment, children and persons with disability, youth, employment, sport and migration, building resilient against shocks and the implementation of the plan.

He said the meeting with the Diasporas fit within the grand scale of things and that for them as a government, issues relating to migrants are issues that must warrant not only the attention of Sierra Leone but the world at large. As a Ministry, he said it is now their responsibility to ensure that they work and agree on the next critical steps, to crystalize the deliberations and conclusions from the workshop.

Diasporas, Hon. Jamiru said are an integral part of the Sierra Leonean Society and that there has to be a framework of cooperation, engagement at all levels and that he believed that the integration of the Office of the Diaspora Affairs will soon be incorporated into the Ministry of Foreign Affairs. He assured the group that after the incorporation of the Office of the Diaspora Affairs, they are going to establish Desks Officers at the various Missions abroad. He concluded by suggesting an annual diaspora engagement meeting with the government.

Minister of Foreign Affairs Interacts with Diplomatic and Consular Corps