State House, Freetown, Monday 15 August 2022 – Chairman of the ECOWAS Authority of Heads of State and Government, has paid a solidarity visit to Freetown after the violent insurrection of August 10 that killed innocent Sierra Leoneans, including Police Officers on duty.
His Excellency President Umaro Sissoco Embalo of the Republic of Guinea-Bissau, told a meeting of ambassadors, heads of missions, the United Nations and journalists that he had been fully briefed by His Excellency President Dr Julius Maada Bio, on the sad events east of the capital city and in some parts of the country. 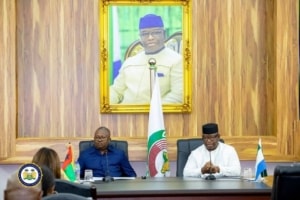 “Your Excellency, as Chairman of the ECOWAS Authority, let me start by condemning this act of gruesome violence where law enforcement officers have been brutally killed in cold blood. On behalf of the ECOWAS Authority, the Government and people of the Republic of Guinea Bissau, let me express my heartfelt condolences to all those who have lost loved ones.
“I was shocked when I saw the killing of policemen. This is the first time I have seen such gruesome violence against law enforcement officers after 20 years in the ECOWAS region. That won’t happen in my country. It is not a good example. Good citizens don’t kill security personnel,” he said.
He also emphasised that violence had no place in a democratic dispensation, particularly in a country like Sierra Leone which was making immense progress in building a stable democratic nation over the years and one that was recently ranked the 4th most peaceful country in sub-Saharan Africa.
“As Chairman of the ECOWAS Authority, I am equally pleased that the President has launched an investigation into the events of 10th August 2022, which is in line with the ECOWAS position. 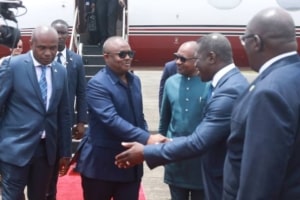 “I want to encourage the President to continue to engage with various stakeholders in the coming days, including getting the Peace Commission to undertake strategic engagements with youth and opposition parties in various parts of the country,” he noted.
He said he had also called up former President Ernest Bai Koroma, who was still in Kenya, to encourage him to support the government and work with President Bio, adding that the opposition leader had promised to engage him further when he returned to Sierra Leone.
“When you are in the opposition and you ignite a huge fire in society, it will rage on until you come to power one day and face the challenge of putting that fire out,” he warned.
“The President also informed me that he will be meeting with traditional chiefs, religious leaders, civil society and political party leaders. He also told me that government has briefed the international community and he has personally met and engaged with Ambassadors. I want to thank the President for all these efforts and encourage him to continue to engage,” he concluded.
He ended by thanking the diplomatic community in the country for their efforts and encouraged them to continue to use their good offices to support the good work of the President, reminding them that the international community, like ECOWAS, had invested enormously to bring peace to the West African nation. 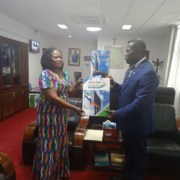