An ECOWAS delegation led by the Vice President, Finda E.M. Koroma has paid a working visit to the Minister of foreign affairs and International Cooperation at his Tower Hill office in Freetown.

The objective of the visit was to discuss pending issues with regards the humanitarian response mechanism, improving advocacy and capacity building efforts to alleviate the sufferings of the affected population including women and children, the youth and disadvantaged persons following the Ebola outbreak and Mudslide crisis in Sierra Leone.

Dr. Alie Kabba whilst welcoming the ECOWAS delegation to the Ministry, on behalf of His Excellency, Julius Maada Bio, extended profound thanks and appreciation to ECOWAS for the valuable support and assistance following the Ebola scourge in March 2014 and the August 14 mudslide and flood in Freetown and its environs, noting that the follow up visit by the ECOWAS delegation was a testimony of excellent friendship and bilateral ties among its membership.

Dr. Kabba assured the ECOWAS delegation of the full support of the Ministry of Foreign Affairs both at bilateral and multilateral levels under the New Direction.

The ECOWAS envoy thanked the Minister and staff for the warm reception accorded them and underlined their interest in intensifying collaboration in tackling issues such as disease surveillance, youth and migration, regional social protection and human trafficking.

It is important to note that ECOWAS was the first organization in the world to respond to the Ebola crisis in a coordinated manner. It was first to declare Ebola a regional security threat in March 2014. It also initiated a series of high-level meetings and consultations to assist the affected states through its health agency, the West African Health Organization (WAHO). 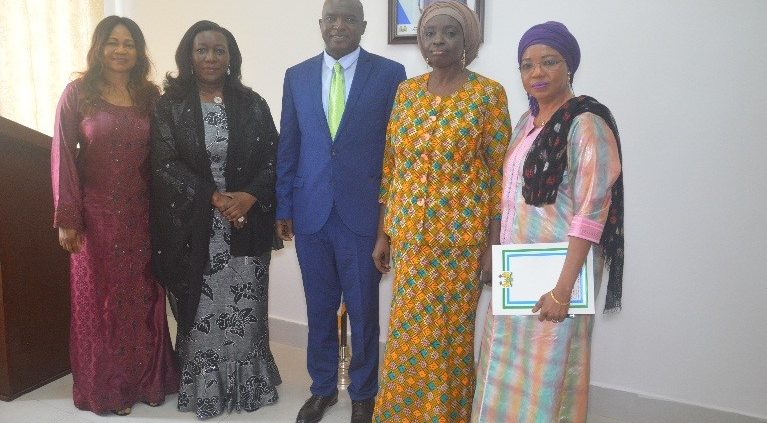 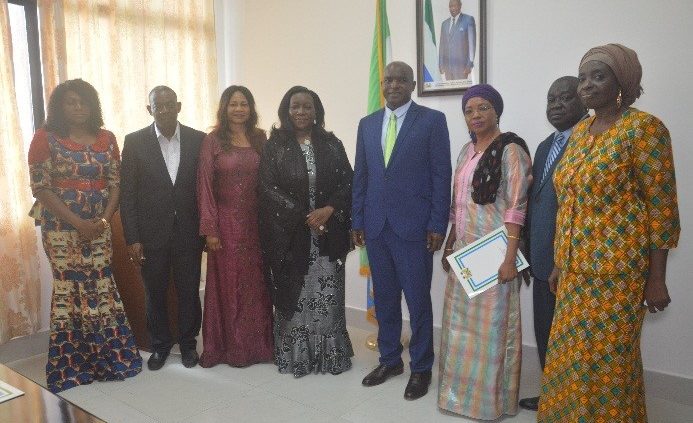 THE MINISTER OF FOREIGN AFFAIRS AND INTERNATIONAL COOPERATION ENDORSE HUMAN...
Scroll to top