Ministry of Foreign Affairs and International Cooperation, OAU Drive,Tower Hill, Freetown, 24th August, 2021. A delegation of ECOWAS mission on energy led by the Commissioner of Energy and Mines of the ECOWAS Commission, Sédiko Douka, have paid courtesy call on the Deputy Minister of Foreign Affairs, Madam Mamadi Gobeh Kamara at her Tower Hill Office in Freetown. 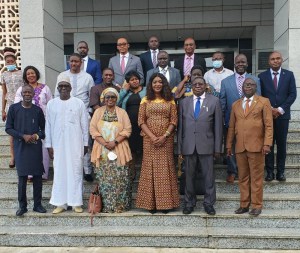 ‘‘So, my team and I look forward to actionable steps towards the successful completion of the Project,’’ She noted. She said the team has met with the Minister of energy and his technical team and heldsuccessful discussions on how to address the issues. 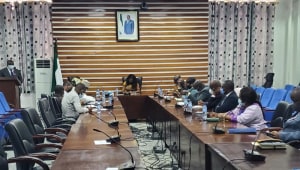 In her response, The Deputy Minister of Foreign Affairs, Madam Mamadi Gobeh Kamara said energy remains a key priority in President Bio’s led Government, which is why concrete steps have been taken to address the narrative in the sector. She acknowledged ECOWAS support to the sector, particularly with the support of funds for the upgrade of the Transmission and Distribution Networks, as well as other aspects of the supply value change. She further acknowledged ECOWAS support to the west African power pool project, the development of renewable energy and energy efficiency policy through ECOWAS center for renewable energy and energy efficiency, securitization of the cross-border power trade which includes six ECOWAS Least Developed Countries, the development of the liquid power gas strategy, among others. She notes the concerns raised by the ECOWAS team regarding the delay in the implementation of the project and assured them that the necessary actions will be taken to address those concerns. 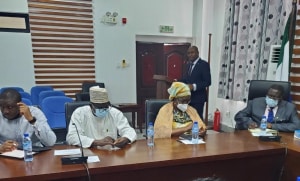 The Director General of the Ministry of Foreign Affairs and International Cooperation, Mr. Prince E.O Cole thanked the delegation for their support to Sierra Leone. He said the Ministry doors will always be open to their service in supporting them achieve their mission. He assured them of a wonderful stay in Sierra Leone during the course of their work.