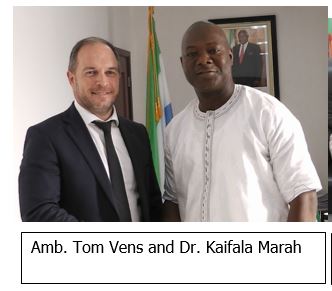 Five Foreign Envoys including the Head of Delegation of the European Union, Amb. Tom Vens; the Honourary Consul of the Arab Republic of Syria, Hussein Jawad; Charge D’ Affairs of the Islamic Republic of Iran, Nadali Heydari; Charge D’ Affairs of the People’s Republic of China, Wang Xinming; and the Honourary Consul of India, Harish Agnani; have paid a courtesy call on the Minister of Foreign Affairs and International Cooperation, Dr. Kaifala Marah at his Tower Hill office in Freetown.

According to the foreign envoys during their separate meetings with the Minister, their visit to the newly appointed Minister is to enhance and deepen the existing partnerships and bilateral relations between their respective countries and the Republic of Sierra Leone. They extended fraternal salutations and congratulatory messages from their Government and people of their respectively countries to the Government and people of Sierra Leone.

The foreign envoys underscored their Governments’ continuous assistance and support to Sierra Leone. The current electoral climate in the country was discussed within the perspectives of bilateral and multilateral relations, underlining the common interests in developing political, cultural and economic relations, as well as the interpersonal relations between the EU, the Arab Republic of Syria, the Islamic Republic of Iran, the People’s Republic of China, India and Sierra Leone.

Dr. Kaifala Marah welcomed the foreign envoys to the Ministry and assured them of the full support of the Ministry both at bilateral and multilateral levels. 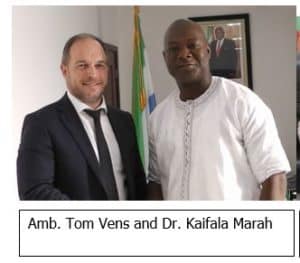 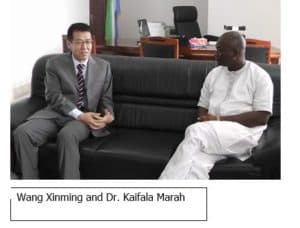 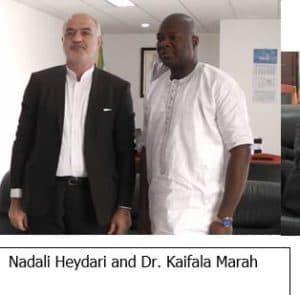 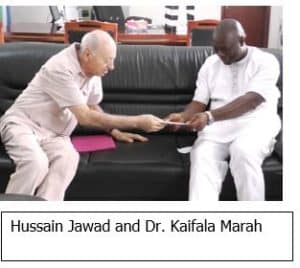 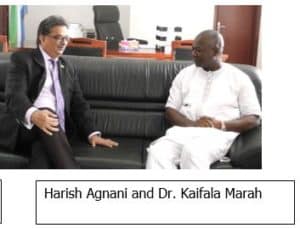 FOREIGN ENVOYS PAY COURTESY CALL ON THE MINISTER OF FOREIGN AFFAIRS AND INTERNATIONAL...
Scroll to top