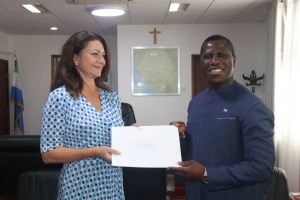 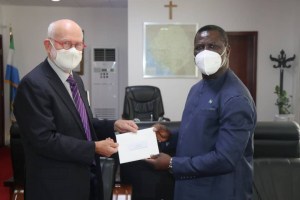 The Ambassadors designate commended the Government on what they referred to as proactive Governance and efficient policy reforms that has added more value to the Country’s democracy. The establishment of the Peace and National Cohesion Commission, the abolishment of the death penalty, the amended Public Order Act 1965, which repeals the 55-year-old seditious libel section that criminalized free speech, were among the gains highlighted. 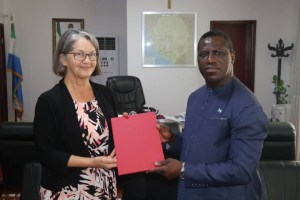 On behalf of the Government of Sierra Leone, Professor David Francis welcomed the Ambassadors designate as he formally received copies of their credentials. He reiterated the Government of Sierra Leone’s commitment towards strengthening the longstanding relationships of mutual supports that exists among the various Countries with Sierra Leone. He highlighted series of issues they will be engaging on after their official presentation of Credentials to His Excellency President Maada Bio on Friday 3rd December, 2021. Key among those issues geared towards Security Council reforms, Sierra Leone’s bid for the UN Security Council in the non-permanent category for the term 2024-2025, gender equality and empowerment, SDGs implementation, Education, Agriculture and post-COVID-19 recovery.

Deputy Minister of Foreign Affairs Meets With Delegation From Organization of...

Foreign Affairs holds a day retreat on the development of the soft infrastructure...
Scroll to top