The Ambassador of the Federal Republic of Germany resident in Sierra Leone, His Excellency Wolfgang Wiethoff accompanied by the First Secretary and Head of Development Cooperation, Mr. Nico Westphal; the Director Regional Office, Mr. Andreas Fikre-Mariam and the Country Director of GIZ in Sierra Leone and Liberia, Mr. Malte Kirchner, has paid a courtesy call on the Minister of Foreign Affairs and International Cooperation, Dr. Alie Kabba at his Tower Hill office in Freetown.

Welcoming the German envoy and entourage to the Ministry, Dr. Alie Kabba underscored the significance of the visit of the German Ambassador and delegation to his Ministry, which is aimed at broadening and deepening the existing bilateral relations between the two countries. Dr. Kabba lauded the contributions of the German government in enhancing the socio-economic development of the country. He further dilated on the long standing bilateral relations between the Federal Republic of Germany and the Republic of Sierra Leone. Dr. Kabba on behalf of His Excellency and the people of Sierra Leone expressed his sincere thanks and appreciation to the German government for their support and assistance to the Republic of Sierra Leone over the years.

According to Ambassador Wolfgang Wiethoff, their visit is to enhance and strengthen the bilateral relationship between the Federal Republic of Germany and the Republic of Sierra Leone. He further informed the Minister of ongoing programmes implemented by German agencies in the country including GIZ and KFW. ‘The German government is looking forward to more proposals to enhance the New Direction programme in Sierra Leone’, Ambassador Wiethoff concluded.

Some of the issues discussed during the meeting focused on broadening and deepening bilateral relations through economic technical cooperation in areas of common interest such as: agriculture, environment and climate, economic development and employment among other issues 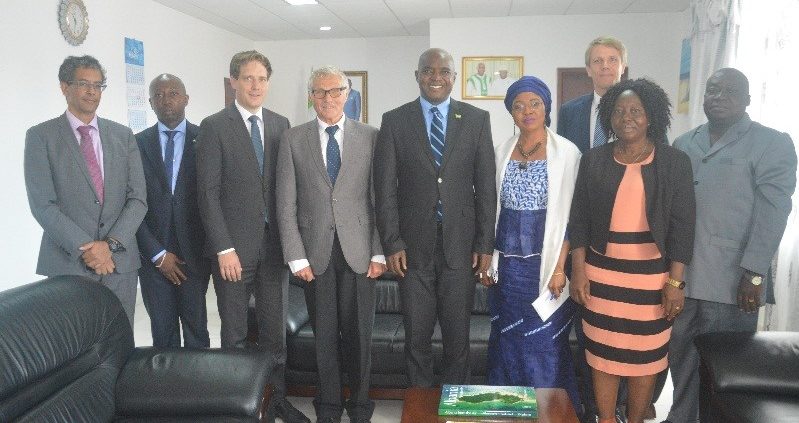 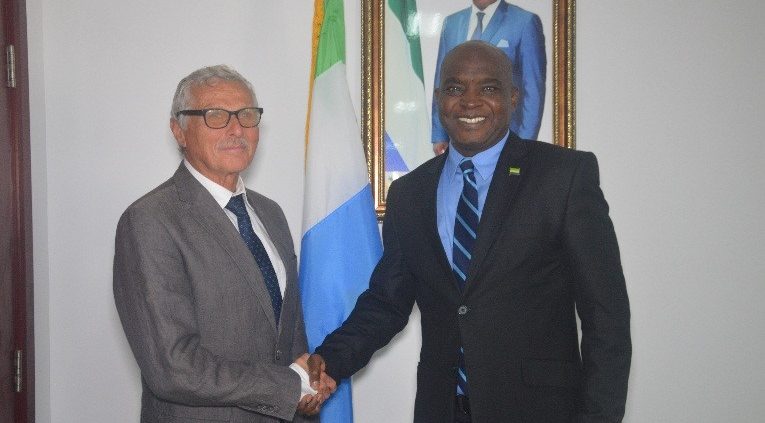 THE MINISTER OF FOREIGN AFFAIRS AND INTERNATIONAL COOPERATION ENDORSE HUMAN...

THE MINISTER OF FOREIGN AFFAIRS AND INTERNATIONAL COOPERATION CALLS FOR THE...
Scroll to top