The Chargé d’affaires of the Islamic Republic of Iran to Sierra Leone, Mr. Mahmoud Hassan Alizadeh, has paid a courtesy call on the Minister of Foreign Affairs and International Cooperation, Dr. Alie Kabba at his Tower Hill office in Freetown.

According to Mr. Mahmoud Hassan Alizadeh, his visit was to extend fraternal salutations and congratulatory message from the Iranian Foreign Minister, Mohammad Javad Zarif to Dr. Alie Kabba for his appointment and to the Government and people of Sierra Leone.

The Chargé d’affaires further stated that his visit was to further enhance and strengthen the bilateral relationship between the Islamic Republic of Iran and the Republic of Sierra Leone. He informed the Minister of the several technical cooperation agreements signed with the former government to which they look forward to revisiting to enhancing the New Direction programme in Sierra Leone.

Welcoming the Iranian envoy to the Ministry, Dr. Alie Kabba underscored the significance of the visit of the Chargé d’affaires in the absence of the Ambassador to his Ministry, which is aimed at broadening and deepening the existing bilateral relations between the two countries. Dr. Kabba lauded the contributions of the Iranian government in enhancing the socio-economic development of the country. He further dilated on the long standing bilateral relations between the Islamic Republic of Iran and the Republic of Sierra Leone. Dr. Kabba on behalf of His Excellency, Dr. Julius Maada Bio and the people of Sierra Leone expressed his sincere thanks and appreciation to the Iranian government for their support and assistance to the Republic of Sierra Leone over the years.

Some of the issues discussed during the meeting focused on broadening and deepening bilateral relations through economic technical cooperation in areas of common interest such as: agriculture, energy, economic and infrastructural developments among other issues. 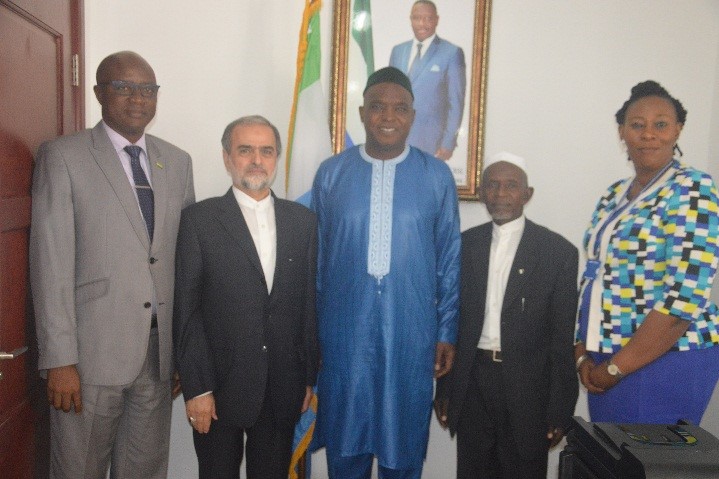 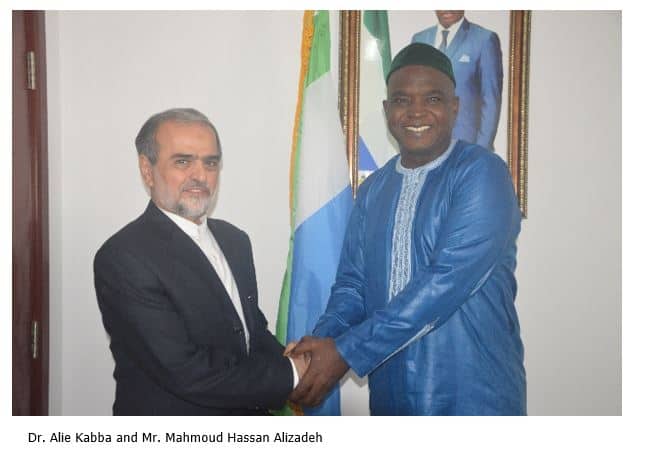 UK Based Charity Pays Courtesy Call On The Minister Of Foreign Affairs And International...
Scroll to top