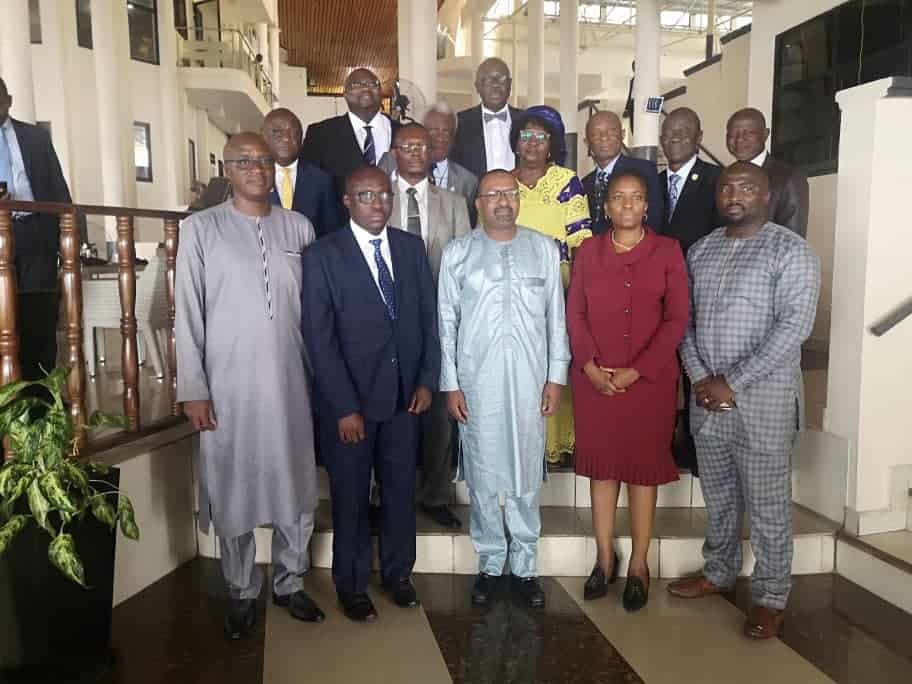 The Ministry of Foreign Affairs and International Cooperation in collaboration with the Ministry of Finance on Tuesday 18th June, 2018 held a three-day seminar to develop Operational Policies and Practices for Foreign Missions to address Critical Challenges at the Golden Tulip Kimbima Hotel Conference Room, Aberdeen, Freetown.

The Principal Deputy Financial Secretary (PDFS) at the Ministry of Finance, Mr. Mathew Dingie in his statement said his Ministry collaborated with the Ministry of Foreign Affairs to have frank discussions in supporting the Foreign Missions to meet the management of their fiduciary duties. The PDFS said the challenges faced by those Missions abroad are not insurmountable and that they can be tackled by prioritizing them and agreeing on a broad framework.

The Chairman of the Parliamentary Oversight Committee on Foreign Service, Hon. Dr. Kandeh Kolleh Yumkellah talked about career diplomats and noted that his Committee believed in appointing 40% of Career Diplomats to Missions abroad calling on the two Ministries to give credence to timely payment of the country’s membership dues to its member’s organizations. He called on the Government through the Hon. Vice President of the Republic of Sierra Leone, Dr. Mohamed Juldeh Jalloh to manage the careers of the country’s diplomats who are in multilateral institutions to get their level positions. He maintained that, as a Committee responsible for foreign affairs, they will ensure that the Ministry of Foreign Affairs and International Cooperation performs extremely well in its service delivery.

In her statement, the Minister of Foreign Affairs and International Cooperation, Hon. Mrs. Nabeela Tunis said as a Ministry they have discovered that, in order for them to perform effectively and efficiently depend not only on the finances but the commitment and passion of each and every staff assigned to the Ministry, including Ambassadors and High Commissioners that are representing the country abroad.

To achieve this,  she said, they have targeted as a first step to define the country’s foreign Policy, a policy she stated, that tells the world how the country will relate to other countries, what is the government stance on Climate Change, issues of Migration and how they are working towards attracting more trade and less aid. Minister Tunis assured the gathering that, as a Government and Ministry, they have been advocating for more Sierra Leonean representations at multilateral organizations and that as a Ministry, they believed that, the more the representation, the more benefits they will have as a country.

In the area of Career Diplomats, Madam Minister Tunis said her ministry is quite concerned that as a country they don’t have a pool of career diplomats adding that her Ministry is presently working on the policy on Career Diplomats to represent the country in the global arena. She urged all the participants to contribute meaningfully in order to have an effective and efficient Ministry. She concluded that the issues of Career Diplomats, Protocol, communications and the positive image of the country are pivotal in their administration.

The Minister of Finance, Hon. Jacob Jusu Saffa talked on the policy position of government which he said is to position the Foreign Missions abroad so that they will be of benefit to the country; and that, from the Ministry of Finance’s perspective, the policy of Government is effective and efficient management of the limited resources. Minister Saffa also threw light on the issue of accountability of visas issued at the overseas Missions, payment of the country’s membership dues and the random employment of local staff by the Missions abroad.

Delivering the Keynote address at the seminar, the Hon. Vice President, Dr. Mohamed Juldeh Jalloh called on the Ministry of Foreign Affairs and International Cooperation to be more proactive in the discharge of its state functions and to also expedite the processing of correspondences and ensure swift acknowledgement and response to correspondence.