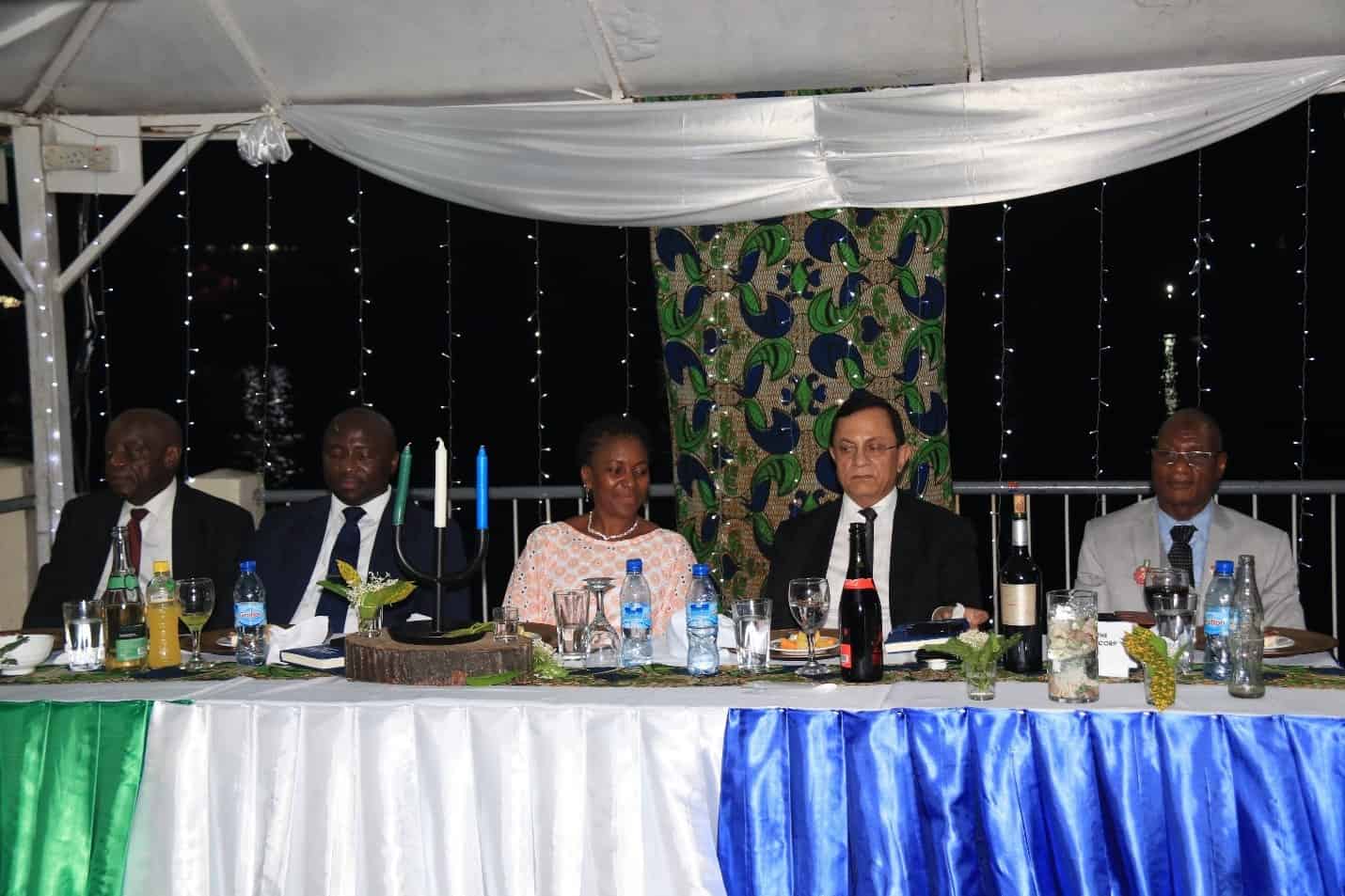 The Minister of Foreign Affairs and International Cooperation, Hon. Nabeela Tunis (Mrs.) and her Deputy, Hon. Solomon Jamiru on Thursday 28th November, 2019 interacted with members of the Diplomatic and Consular Corps at the Sierra Light House, Aberdeen, Freetown.

Welcoming the Diplomatic and Consular Corps at a reception hosted by the Ministers, the Hon. Minister, Mrs. Nabeela Farida Tunis said the purpose of the gathering was to strengthen the bilateral and multilateral bonds between Sierra Leone and the Diplomatic Community and also to show case some of the development strides undertaken by the Government of His Excellency, President Dr. Julius Maada Bio.

Speaking on the development strides of the Government of President Bio, the Hon. Minister, Mrs. Tunis said since they took over the mantle of leadership of the country in April, 2018, as a government, they have made significant progress by instituting fiscal policies to control expenditure, reduce wastages and clog leakages in the country’s monetary system. 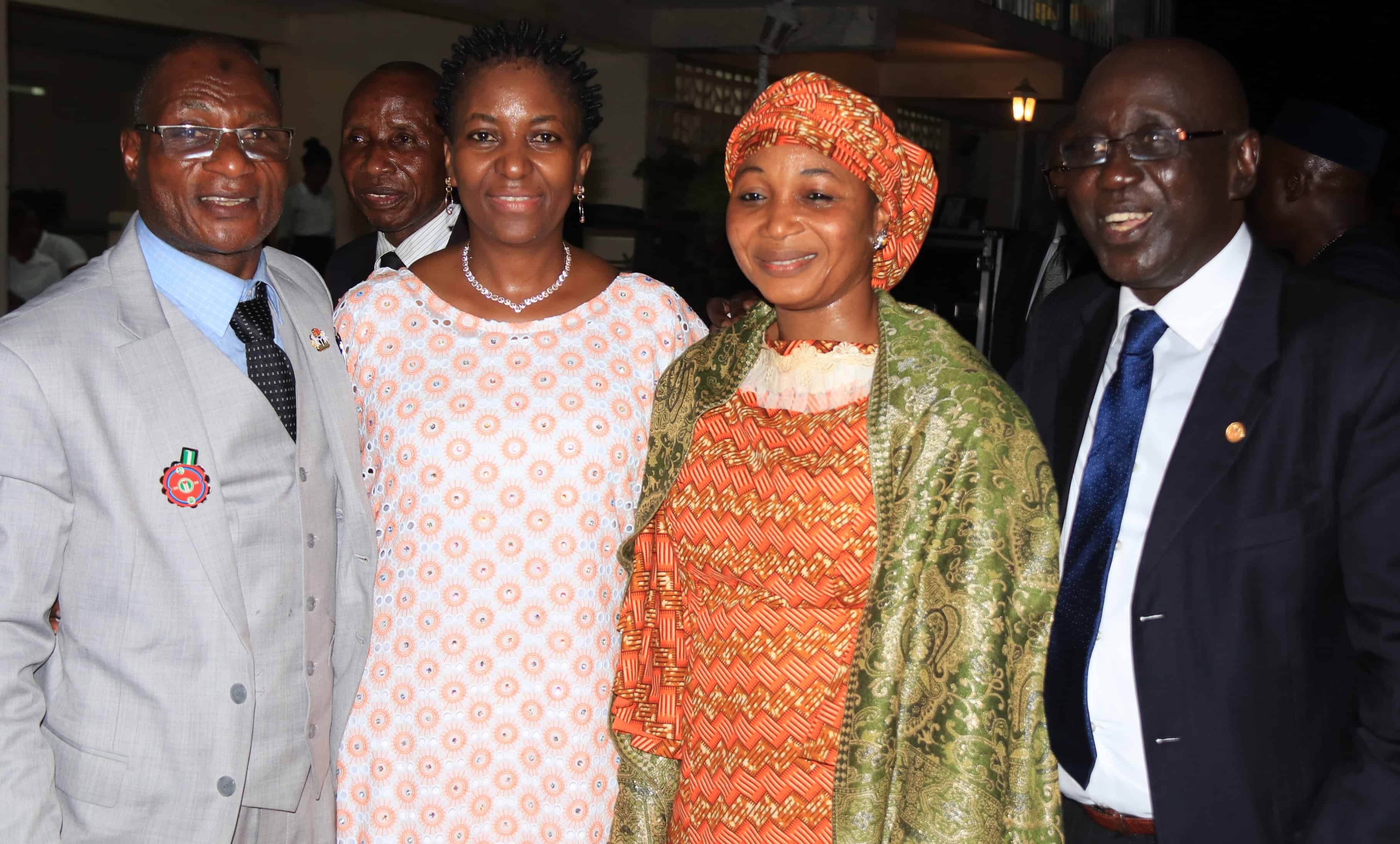 The Hon. Minister further maintained that, they as a government have successfully rolled out one of their major flagship programmes, the ‘Free Quality Education’ with limited foreign assistance, they are continually paying salaries of workers without recourse to bank overdrafts, and continue to offset the country’s debt.

Minister Nabeela Tunis stated that, as a result of the government’s prudent approach to public financial management and broad fiscal discipline, they have been able to restore the faith and confidence in their development partners, indicating that the Government of President Bio is a trusted partner in development.

Speaking on the promises of Government, she stated that more of the remarkable steps made so far by the Bio government in the areas of improved human rights especially for women and girls, the progress registered in democracy and inclusive governance, the indisputable benchmarks in justice sector reform and the robust fight against corruption which was recognized by the Millennium Challenge Cooperation (MCC).

Explaining about her ministry’s development progress, Minister Tunis said the country has been playing an active role in both bilateral and multilateral fronts.

She reassured the Diplomatic Community that, under the leadership of His Excellence President Julius Maada Bio, they as a government will enhance the enabling fiscal, infrastructural and policy environment for investment to thrive; clampdown on all forms of human rights violation especially against vulnerable members of the society; uphold the tenets of democracy; and respect for the rule of law; clamp down on human traffickers by fully implementing the requisite legislations; and that the fight against corruption is going to be a relentless battle.

She assured the Diplomats of government’s commitment in transforming the country to a middle income country and sustenance of peace and inclusive governance. (  Click to read the Minister’s full statement )

In his response, the Dean of the Diplomatic Corps, His Excellency Dr. Habiss Ibrahim Ugbada, High Commissioner of Nigeria to Sierra Leone, commended the President and his team on their efforts in putting the country back to track in the areas of economic restructuring and integration with the global economic structure.

He assured the Minister that, as Diplomats they will continue to be partners in progress in the development aspirations of His Excellency, President Julius Maada Bio.

Representing the Dean of the Consular Corps, was the Honorary Consul General of Japan, Mr. K. Shankerdas who assured the Minister of their invaluable support in order to enable her and team to succeed in her set goals.

The Chairman of the Parliamentary Committee on Foreign Affairs, Hon. Ibrahim Ben Kargbo in his remarks pledged his committee support to the Ministry of Foreign Affairs and International Cooperation in the area of national development.

The Deputy Minister in his vote of thanks reiterated government’s commitment in developing the country and the ministry’s efforts in drafting the National Foreign Policy which will soon be validated and launched.

Statement Delivered by Minister at the Diplomatic and Consular Corps Reception...