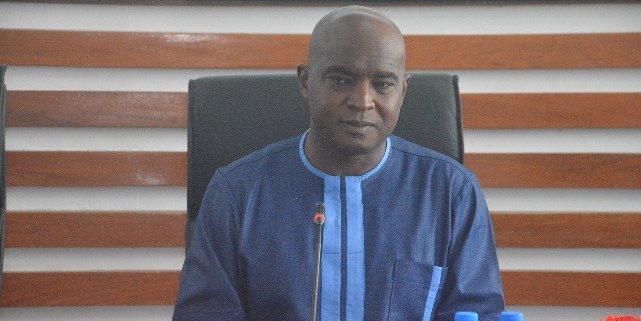 The Minister of foreign affairs and International Cooperation, Dr. Alie Kabba has told participants that, ‘in line with the recommendations of the Truth and Reconciliation Commission which aims at addressing the root causes of our conflict, under the ‘New Direction’, which is the blueprint document for moving our country forward, efforts are on the way to overhaul the judiciary and justice delivery system in the country with a view to restoring public confidence in its independence and impartiality and make justice accessible and available for all’.

The one day workshop which is organised by the Ministry of Foreign Affairs and International Cooperation in collaboration with Pathfinders for Peaceful, Just and Inclusive Societies is part of the efforts geared towards bringing together relevant stakeholders including Government Ministries and Agencies working on the Sustainable Development Goal 16(SDG 16) of the Agenda 2030, Agenda for Sustainable Development. This workshop also aims at sharing perspectives and to compliment the work of the Pathfinders in helping Sierra Leone actualize SDG16 and its related targets.

Dr. Alie Kabba in his opening remarks maintained, that Sierra Leone has over the years made considerable efforts in consolidating its capacity for preventing and resolving conflicts noting that since the end of the civil war, the country has conducted four democratic elections which were widely acclaimed to be violence free, fair, transparent and credible. This, he said, underscores the country’s commitment for the promotion of the rule of law and good governance and preservation of the hard won peace and stability.

The Foreign Minister stated that the New Direction seeks to consolidate political and economic governance, including improvement in social indicators as well as the protection of the basic rights of the people of Sierra Leone. “We are keen in delivering results on the several priority areas including free education for all primary and secondary pupils, empowerment of youth, women and the disabled, job creation, building and promoting national cohesion, improving accountability and combating corruption and ensuring effective and effective public service delivery”, Dr. Alie Kabba concluded.

Deputy Attorney General and Minister of Justice, Mr. Abdulai Masiyambay Bangurah (Esq) in his brief remarks stated that as a new government, they have prioritised justice sector reform as critical to good governance and the rule of law. The Deputy Minister of Justice re-emphasized His Excellency, the President’s call for the need for a modern justice system fit for the 21st century – a system that meets the democratic aspirations of the people and the country. “We need to build the type of justice system that promotes equal access for everyone and limits unnecessary political interference’, Mr. Abdulai Masiyambay Bangurah (Esq) concluded.

In his welcome statement, the Director General of MFAIC, Mr. Paul A.S. Minah disclosed that the outcome of the workshop will inform Sierra Leone’s participation at the Ministerial Conference on ‘Empowering People And Ensuring Inclusiveness And Equality And Also The Meeting Of Heads Of State And Government To Mobilise Further Actions To Accelerate Implementation Of All 17 SDGS’, scheduled to be held in July and September this year, respectively.

Presentations on the Pathfinder initiative and interactive discussion on the implementation of SDG16 in Sierra Leone formed part of the one-day workshop.

Present were: the Deputy Minister of Foreign Affairs, Mrs. Nimatulai Bah-Chang; the Director General, Paul A.S. Minah; the Deputy Director for policy, Dr. Michael Kargbo; and Directors of the various divisions of the Ministry. 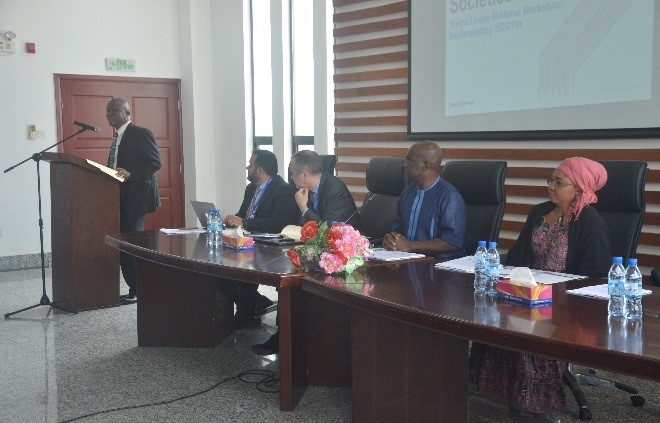 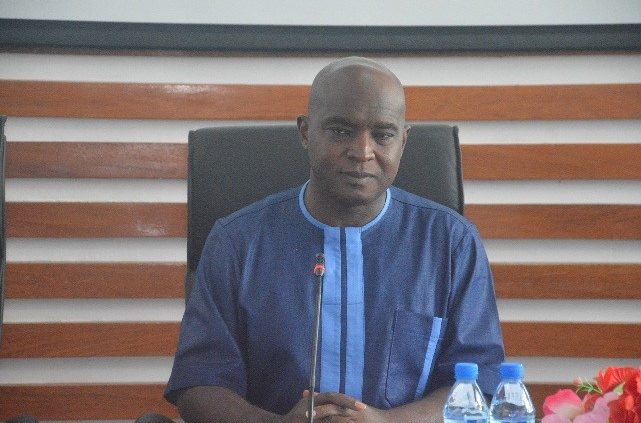