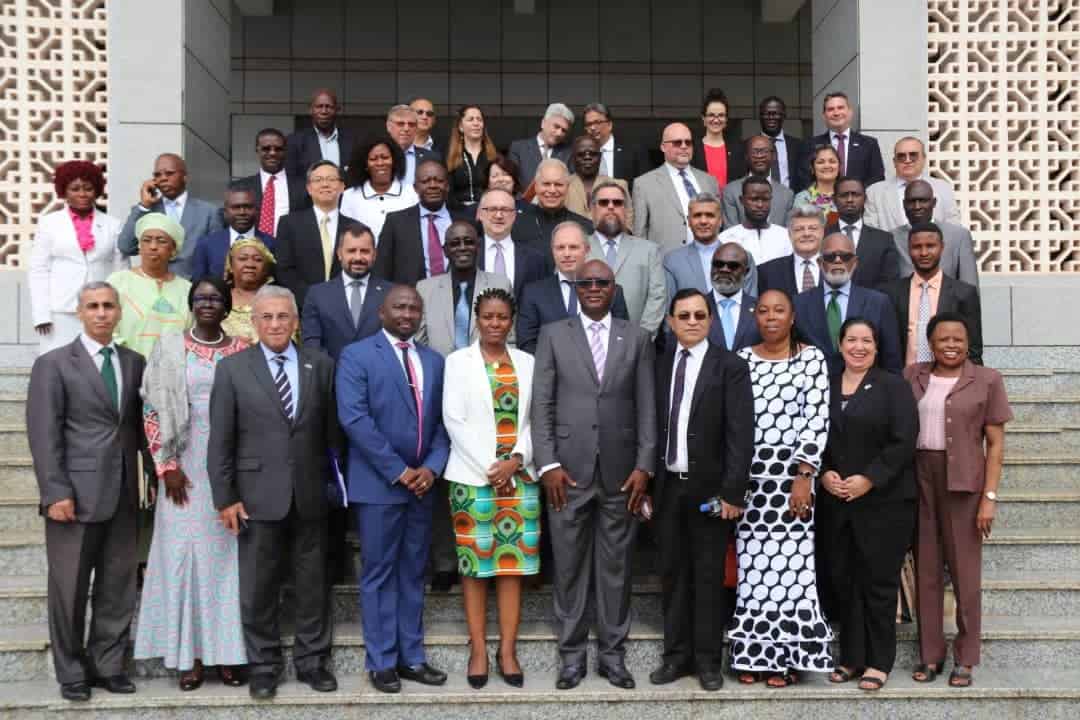 The Minister of Foreign Affairs and International Cooperation, Hon. Nabeela Tunis on Monday 10th June, 2019 interacted with members of the Diplomatic and Consular Corps at her Ministry’s main Conference Hall, Tower Hill in Freetown. Welcoming the diplomat and consular corps, the New Director General of the Ministry of Foreign Affairs and International Cooperation, Mr. Al-Hassan Kondeh thanked the diplomats and assured them of the Ministry’s commitment to work with them.

“We are willing to learn, listen and share ideas on matters of common interest to us all. My tenure will be characterized by the consolidation of Sierra Leone’s diplomatic relations driven by trust, accountability and most importantly respect for sovereignty and country systems.” She stated. She maintained that meeting the diplomatic community in Sierra Leone was among the first tasks that came to her mind since her appointment as the Minister; expressing hope that the meeting would set the stage for a structured and cooperative exchange.

“Our President has spoken in great length about the development targets outlined in The Medium-Term National Development Plan (MTNDP) during the two state openings of parliament to reiterate his commitment to driving these national development goals forward. I kindly ask that you all take a look at these developments targets and try to align your individual and collective interventions with them” she added.

She concluded that, as Sierra Leone prepares for life beyond aid, the government has identified attracting private sector investors as a key to the country’s development; adding that she had just returned from the UK with H E, Brigadier Julius Maada Bio, where they attended the UK-Sierra Leone Investment conference with businesses, private entrepreneurs, and British Government Officials and discussed Sierra Leone as a plausible destination for investment.

The Ambassador of Egypt, H.E. Maher Al-Mahdi Al-Sayed, on behalf of all other ambassadors and high commissioners present thanked the Minister for the invitation. He promised their full cooperation towards contributing to Sierra Leones’s development and assured the Minister and her Deputy of the diplomatic community’s continued support to Sierra Leone.

WHO Country Rep Presents Letters of Credence to Acting Minister of Foreign ...