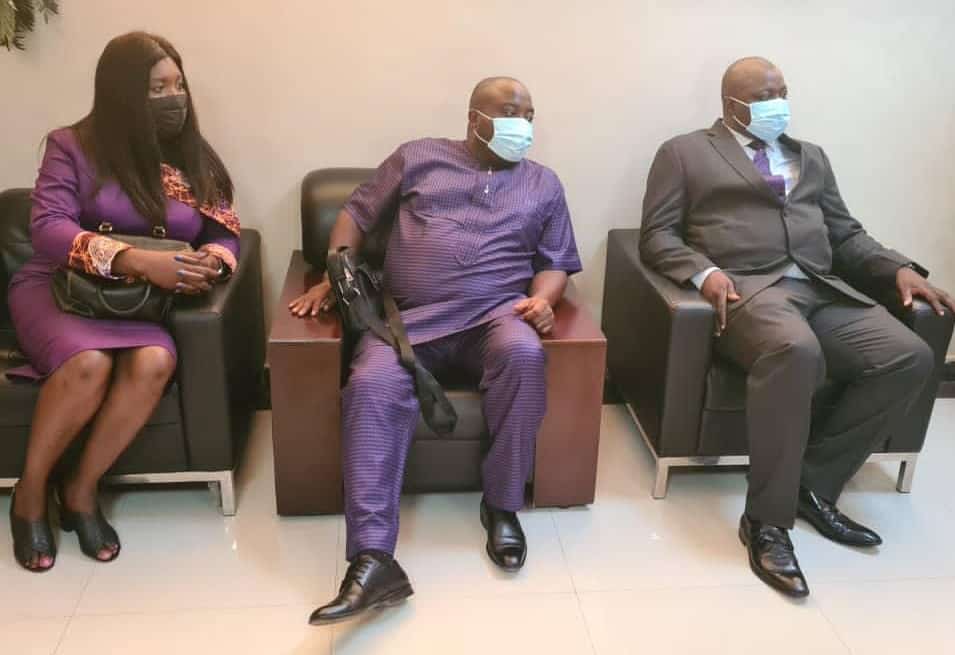 The Government of the Republic of Sierra Leone and that of the Government of the Republic of The Gambia are to enter into Frame Work of Cooperation Agreement for the Establishment of a joint Commission between the two countries.
A team of Cabinet ministers from Sierra Leone headed by the Internal Affairs Minister, David Panda Noah over the weekend landed in Banjul The Gambia to sign the agreements. The principal objective of the agreement is to support each other’s development aspirations and promote socio economic and technical cooperation between the two countries.
These agreements are to strengthen ties of friendship and understanding between the two countries and to further promote and develop relations in the economic and technical fields.
The General framework of Cooperation Agreement will be guided by the principles of mutual respect for each others national sovereignty and independence.
The Agreement shall encourage cooperation in  but not limited to the following areas; Economic,Trade  investment
Financial services, information and intelligence sharing, Education, Health,Tourism and culture, infrastructure, security, Agriculture among others.
In his statement, the head of delegation from Sierra Leone Hon. David Panda Noah spoke about the relationship between the two countries which dated back to the colonial era. He said  the sisterly relationship between Sierra Leone and The Gambia was not just a product of two countries foreign relations or their Diplomatic ties, but one that is of importance and goes beyond just opening High Commissions in the two countries.
The Deputy Minister of Foreign Affairs and International Cooperation, Hon. Mamadi Gobeh Kamara said the similarity between The Gambia and Sierra Leone in the educational sector was a hallmark in their relationship. She said during the colonial era, majority of Gambians received secondary school education in sierra Leone.
Similarly, there was also a very strong  trade relationship between the two countries she stated.
After signimg the agreements, they shall enter into force by an exchange of notes between the two parties notifying each other of the compliance with the conclusion of their respective procedures.

Courtesy call on the Honorable Minister by the Special Representative of UN...
Scroll to top