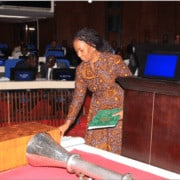 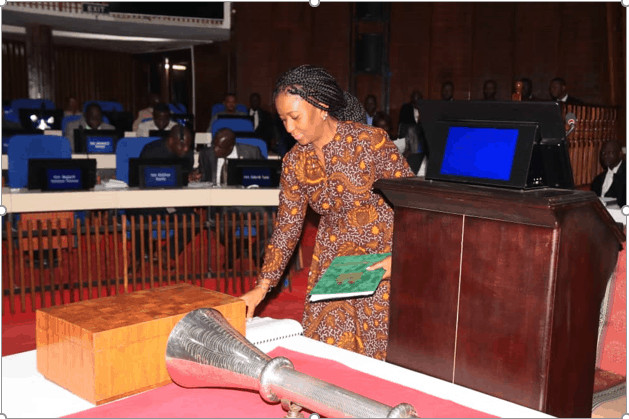 Giving the purpose of the Turkey Cooperation Agreement, Minister Tunis said, it exempts visa requirement for holders of diplomatic, Service and Special Passports to enter into, transit through, exit or stay in the two countries for a period not exceeding ninety (90) days within any one-hundred and eighty (180) days.

Presenting the six (6) Multilateral Environmental Treaties,  (The Kigali Amendment to Montreal Protocol; the Bamako Convention; the Ban Amendment to the Basel Convention; the Doha Amendment to the Kyoto Protocol; the Cartagena Protocol and the Additional Protocols to the Abidjan Convention by the Government of Sierra Leone) Hon. Tunis said that, these treaties will provide the country with effective capacity on waste management, chemical controls, protection of the ozone layer, reducing the risk of climate change and biodiversity conservation limiting the impacts on biosafety.

These treaties, she maintained, will provide the required platform for Sierra Leone to contribute to the international strides towards achieving the Sustainable Development Goals and other relevant international benchmarks.

Minister Nabeela Tunis went on to assure the MPs that by ratifying and domesticating the treaties, Sierra Leone will proactively join the global campaign and efforts to improve human health and save the environment, which according to her, has over the years been subjected to massive destruction through uncontrolled activities.

She concluded by entreating the Honourable House to endorse and ratify the treaties as Sierra Leone stands to benefit tremendously from their domestication and implementation.

Hon. Dixon Rogers in his contribution on the two Cooperation Agreements raised the issue of transit visa to Brazil and Turkey which he said will be a challenge. His fear was allayed by the Hon. Minister of Foreign Affairs, Mrs. Nabeela Tunis who assured the House that, although there is no direct flight from Sierra Leone to Brazil there is however a direct flight from Sierra Leone to Turkey and that in the case of transit, holders of Diplomatic, Service or Special passports will be given a suitable treatment or seek alternative route where transit visas would not be required.

Hon. Sama in his submission, said the Agreements will benefits the people of this country and that the six (6) treaties will eradicate the threat against environmental hazards.

Hon. Yumkella in his statement encouraged the Minister of Foreign Affairs to continue to collaborate with Brazil especially in the areas of agriculture and bioenergy.

The Chairman for the SDGs Committee commended the Minister for present the instruments as they are key for his committee. The Agreement, he said will strengthen Sierra Leone’s  diplomatic ties with the international community and urged Sierra Leoneans to take action and join the global community to reduce negative impacts of our actions and  footprints on the environment.

The Chairman of the Committee on Foreign Affairs, Hon. Ibrahim Ben Kargbo in his statement, applauded the Minister for presenting such a beneficial documents and encouraged the Minister to implement government’s earlier Cabinet Conclusion that recommended the opening of a Sierra Leone embassy in Brazil.