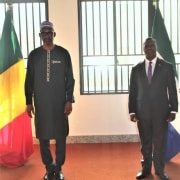 Ministry of Foreign Affairs And International Cooperation, Sierra Leone, 4th January, 2022. A delegation from Mali, led by the Foreign Minister, H.E Mr. Abdoulaye DIOP, Special Envoy of His Excellency Colonel Assimi GOITA, President of the transition of the Republic of Mali has paid courtesy call on Sierra Leone’s Foreign Minister Professor David John Francis as part of their engagement with Authorities in Sierra Leone in order to learn how President Bio as Military leader then, was able to peacefully do a transition from the Military rule to democratic and constitutional order. 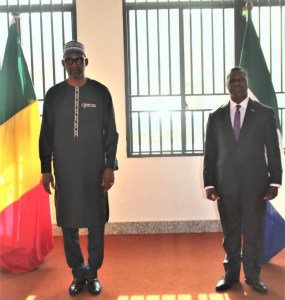 H.E. Abdoulaye DIOP in his address thanked President Bio for honouring their request to learn from his personal experience and journey as a former soldier and President that has served as both a military Head of state and now a democratic and civilian President. He said they were here to seek guidance from a Country they admired so much. 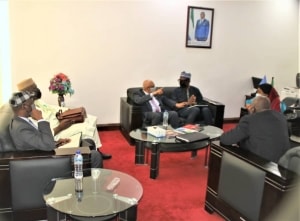 “Our Country Mali is going through both security and economic crisis and we want to change that narrative. We want you to know that elections alone cannot sove our problems. Until we address those issues that will prevent such crisis never to occur in Mali again”. He said.

Welcoming the delegation, Professor Francis said Sierra Leone was the right Country to visit for guidance and that President Bio has the expertise to offer such guidance being that he is the only President in West Africa who as Military leader and Head of state, conducted peaceful elections and handled over power to a Civilian Government.
He said President Julius Maada Bio will be willing to offer this expertise to what ever Country in order to support the ECOWAS region to promote peace. 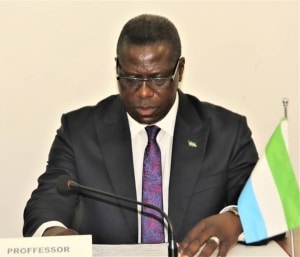 “23 years ago, it was Sierra Leone running to Mali for support and today the Malian are here to seek our support. These are all bilateral gains for our Countries” He said.

He thanked the delegation for choosing Sierra Leone while wishing them a successful transition.