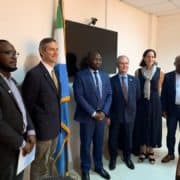 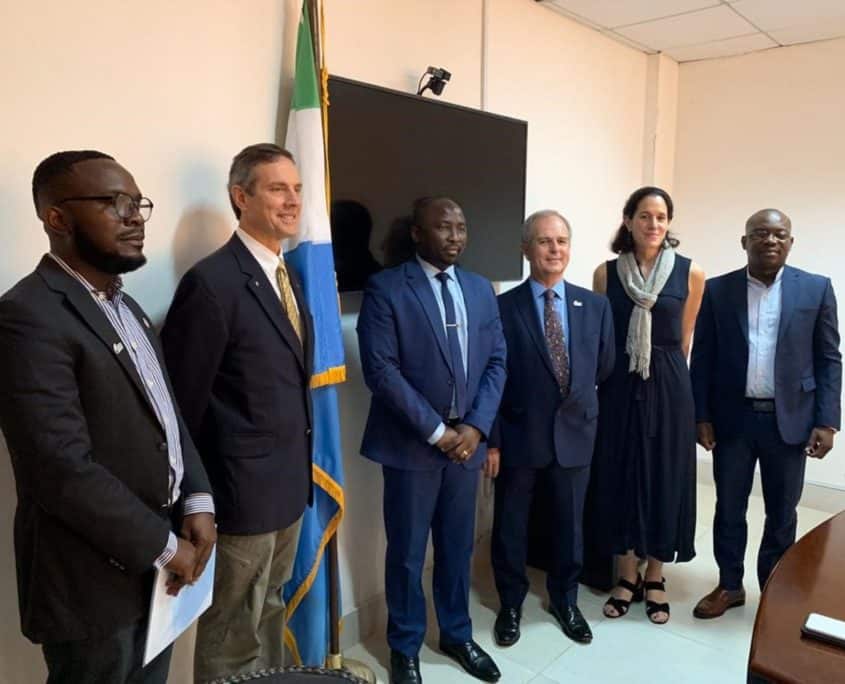 The President who doubles as CEO Worldwide of the Catholic Relief Services and team on Monday 20th, January 2020 called on the Acting Minister of Foreign Affairs and International Cooperation, Solomon Jamiru ESQ and Directors at the Ministry’s Conference Hall, Tower Hill, Freetown.

Speaking on the purpose of the visit, the CRS President and CEO Worldwide, Mr. Sean L. Callahan informed that the visit was in two folds, first to appreciate the great collaboration between Sierra Leone and the CRS and also to discuss on their development strides for the country.

He expressed the essence of signing the Development Agreement between Sierra Leone and CRS which according to him will further strengthen the cordial relationship between the two; thereby ensuring a longer term commitment.

The Deputy Minister of Foreign Affairs and International Cooperation, Mr. Solomon Jamiru, acting on behalf of the Minister of Foreign Affairs Mrs. Nabeela Farida Tunis who is unavoidably out of the country at the moment, heartily welcomed the President and team from the Catholic Relief Services (CRS) and thanked the Organization for its numerous supports  given to Sierra Leone.

He applauded CRS for choosing Sierra Leone as one of its development partners in the world and assured the team that the Ministry will work closely with the Ministry of Justice to ensure that the final agreement is ready to be executed by both parties.