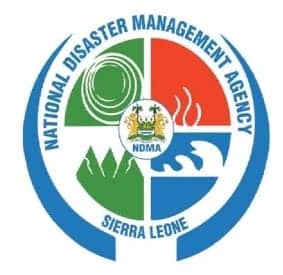 GOVERNMENT OF SIERRA LEONE OFFICE OF THE PRESIDENT

In the late hours of Friday 5th November 2021, a fire incident was reported to the National Disaster Management Agency (NDMA) at Wellington PMD Junction involving a loaded fuel tanker and a truck carrying granite stones that led to the loss of lives and properties.

Initial findings revealed that both vehicles collided on the highway while the fuel tanker was about entering into a nearby filling station to discharge its fuel.

Footages and eyewitnesses intimated that while the collision took place, both drivers came out of their vehicles and warned community residents to stay off the scene while trying to address a leakage emanating from the collision.

In the interim, some community members rushed to the scene and took advantage of the leakage to scoop fuel and store it in nearby makeshift structures. In the cause of scooping the fuel, there was a major explosion that resulted in the fire disaster that occurred.

The NDMA immediately visited the scene and coordinated emergency response with partners. Ambulances were assembled to take corpses and those in critical situations to various hospitals in Freetown.

Data provided so far indicates that a total of 98 deaths have been recorded and 92 victims are currently admitted at various hospitals within Freetown. Of the total hospitalized victims suffering from varying degrees of burning, there are 48 at Connaught Hospital, 20 at 34 Military Hospital, 18 at Emergency Hospital and 6 at Choithram Hospital.

The Government of Sierra Leone through the Ministry of Health and Sanitation has ensured that adequate Doctors and Nurses are fully on duty since last night. Also, sufficient medical supply has been provided to the victims in the various hospitals.

The NDMA held an initial coordination meeting with relevant partners at the All 4 One Orphanage centre at Wellington and agreed to activate a level 2 national response based on the enormity of the disaster. A Protection Desk has also been activated at the Ministry of Social Welfare to provide Mental Health and Psychosocial support for affected victims.

On behalf of the government, the Vice President, Dr Mohamed Juldeh Jalloh visited the various hospitals to ensure the provision of effective medical service to the victims. Today, 6th November 2021, the Vice President also visited the epicentre of the disaster in sympathy with families and members of the public affected by the inferno. He assured them of Government’s full support in responding to this crisis.

NDMA and partners have established an Incident Command Center (ICC) at the disaster scene to ensure effective coordination and ensured the activation of the National Situation Room (NSR) at its headquarters, Aberdeen, Freetown. This will be followed by a comprehensive assessment to ascertain the full extent of the damage left by the disaster and tracing of lost family members.

The Government of Sierra Leone through the National Disaster Management Agency is hereby expressing its deepest condolences to the bereaved families and is assuring the public of its continued support towards alleviating the suffering of the affected population. The public will be duly updated on emerging issues relating to this unfortunate disaster.