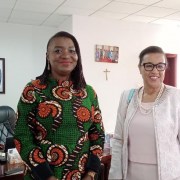 The Deputy Minister of Foreign Affairs and International Cooperation, Madam. Mamadi Gobeh Kamara has requested for technical assistance from the Commonwealth Secretariat through its trade and connectivity programme in a meeting held at the Ministry of Foreign Affairs in order to brief the Government on the upcoming Commonwealth Heads of Government Meeting (GHOM) to be held in Rwanda. 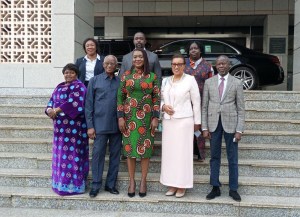 The Commonwealth Secretary General, Rt Hon Patricia Scotland QC, said they have put together a whole lot of implementation phases for the Commonwealth trade and Connectivity programs so as to enable their member states to implement in practical ways. The programs she said covers access to Justice, prevention of terrorism, infrastructure and energy transition that will help Nations to move from fossil fuel to green gas. She assured the Government of Sierra Leone’s of there fullest Support.

The Deputy Minister in her statement made a request that will enhance Sierra Leone`s capacity for growth and expansion in digital trade for the up-take of e-commerce and the online delivery of certain services which she notes would be pivotal to support economic recovery, post- COVID as well as address future economic shocks and crisis.

The Deputy Foreign Minister made this request on Monday 24th January 2022 during Secretary- General Patricia Scotland’s courtesy call to the Ministry of Foreign Affairs & International Cooperation. 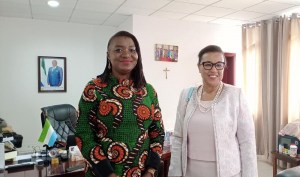 Md Mamadi Gobeh Kamara expressed delight for the Commonwealth Office’s continued support to the government of Sierra Leone and thanked the Secretary- General and her Secretariat for their contribution and support to Sierra Leone during the global coronavirus Pandemic that continues to socio-economically ravage economies across the world, especially Least Developed Countries (LDCs).

” As a government, we have had extensive partnership with the commonwealth and I believe there is more that we can do together”, she added.

The support provided in Technical cooperation projects , especially ones dealing with the Environment, are worth noting. There have been some delays in some of the work we do together due to the coronavirus pandemic” but I believe now that things are slowing picking up, we will fast track the implementation of some of these interventions. The Deputy Foreign Minister said.

We remain committed as government to institute policies and reforms for the betterment of our people and country.

She informed the Secretary General, that Sierra Leone has made tremendous achievements since the last CHOGM held in 2018 especially in the areas of democracy and the rule of law.
“As you may be aware as a government, we took an audacious step to repealed the 55-year-old ` Criminal Libel Law` in 2020, a move that saw Sierra Leone ranked as one of the top five Countries in Africa, supporting and facilitating freedom of expression in the 2019/2020 Global Expression Report”. Government has also repealed the death penalty, amongst other progressive legislation that has been ratified by parliament all of which the deputy Minister notes are pointers to Government’s commitment democratic good governance. 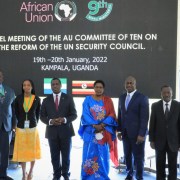 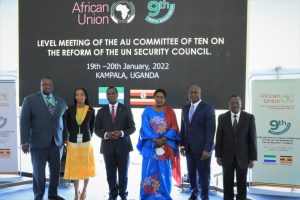 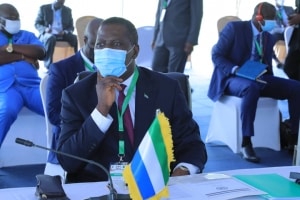