The Minister of Foreign Affairs and International Cooperation, Dr. Alie Kabba, has said that the revitalization of the MRU is the dream of His Excellency, Dr. Julius Maada Bio in his quest to achieve Sierra Leone’s New Direction agenda by strengthening regional integration and cohesion.

Dr. Alie Kabba whilst welcoming the Secretary General of the MRU, Ambassador Medina A. Wesseh (Esq) to his Tower Hill office in Freetown, stated that under the current national blue print agenda-New Direction, it is the desire of President Julius Maada Bio to revive the MRU’s growth, socio-economic development and integration of the sub-region within the frame work of institutional revitalization and restructuring, peace and security, economic development and regional integration and social development.

The revitalization of the MRU, Dr. Kabba maintained, will promote food security, trade and industrial management, energy and power, transport infrastructure, and social development especially for health and education infrastructure and systems of the member states. The Foreign Minister underscored the significance of building up networks and partnerships that could be strengthened and expanded over time through joint collaboration between and among member states. ‘We need to make our citizens (of member states) productive citizens through the formulation and implementation of skills development projects and programmes that can build their skills for employment and self-employment’ Dr. Kabba concluded.

The MRU Secretary General, Ambassador Medina A. Wesseh (Esq) expressed gratitude to His Excellency, Dr. Julius Maada Bio for what she described as regional concern by way of visiting MRU member states before and after his inauguration as Head of State of the Republic of Sierra Leone. This shows his commitment to the objects of the MRU, She added.

Amb. Medina A. Wesseh (Esq) stated that the collaboration between member states and the formulation and the adoption of a common strategy for sustained peace, security and stability is considered the best way forward for the MRU. She further stated that MRU member countries need to fully tap the potential of the water resources for agricultural, domestic and industrial purposes. The private sector, she said has to take the lead to enhance sustainable growth and development. The MRU Secretary General further stated that there is absolute need for the government to come up with laws, policies, regulations and incentives to attract investment and to secure resources for the development of the sector.

Some of the issues discussed during the meeting focused on exploring approaches and strategies for developing mineral resource corridors using common infrastructure, power sources and management that can create opportunities for balanced growth and development, centers of excellence, MRU Railway transport system among other issues.

It could be recalled that the MRU is an intergovernmental institution comprising of Sierra Leone, Liberia, Guinea and Cote D’Ivoire. As a regional integration organisation, MRU was created on October 3, 1973 by the Malema Declaration.

Present were: the Director General, Mr. Paul A.S. Minah; the Acting Director for Africa, Mrs. Juliana Fallah; and officers of the Africa division in the Ministry of Foreign Affairs. 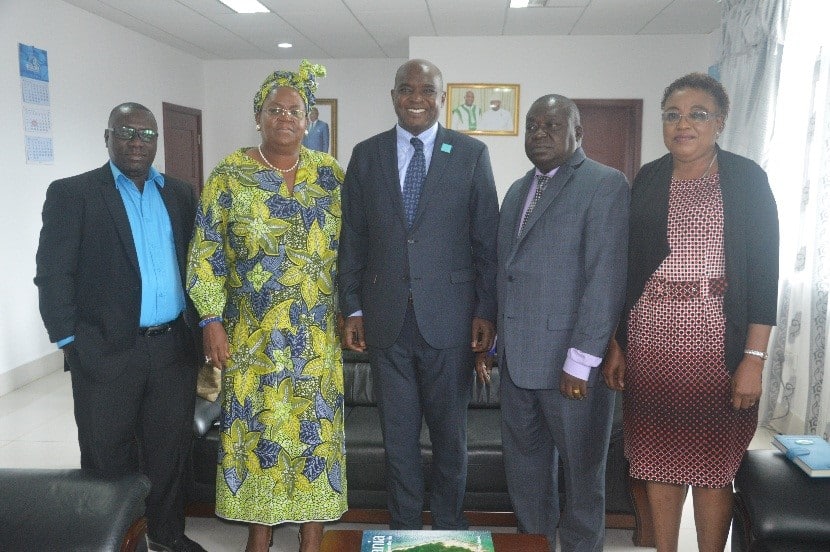 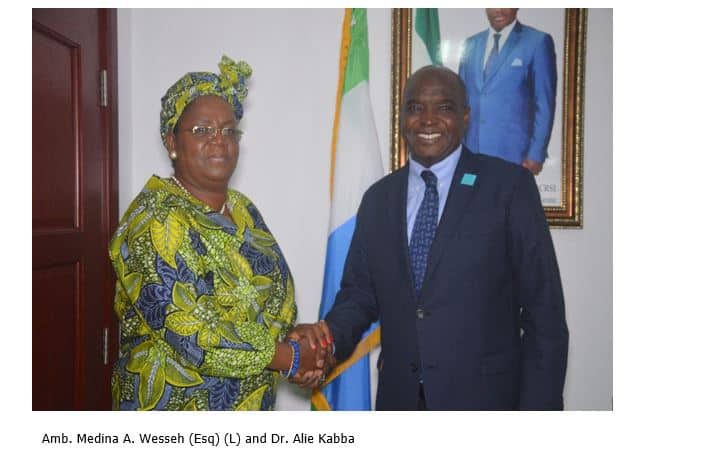 GERMAN ENVOYS PAY COURTSEY CALL ON THE MINISTER OF FOREIGN AFFAIRS AND INTERNATIONAL...

The UNEP Executive Director pays a courtesy call on the Deputy Minister of Foreign...
Scroll to top