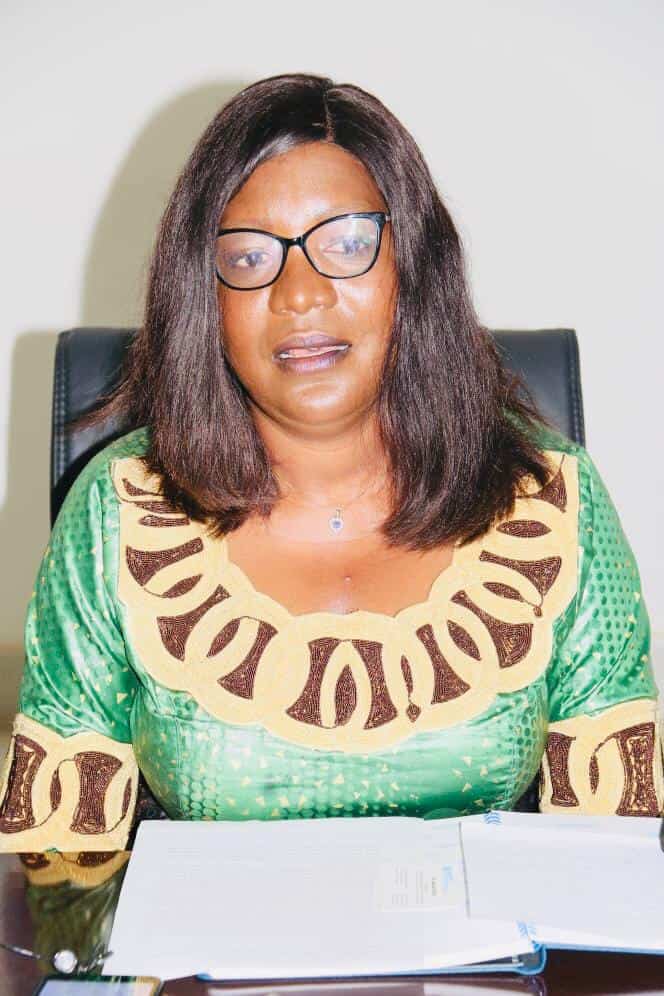 The Representative from the United Nations High Commission for Refugees to Sierra Leone, Ms Monique Ekoko has paid a courtesy call on the Deputy Minister, Madam Mamadi Gobeh Kamara, who is acting in the capacity of the Minister of Foreign Affairs and International Cooperation, to update her on the status of refugees in Sierra Leone.

The Director of Programmes at NaCSA, Madam Regina Sia Saffa, who introduced the UNHCR country representative, said that she was on a two-day visit to resolve the issue of refugee status in Sierra Leone.

She disclosed that twenty years after the civil war the country still had some residual refugee cases, which they were trying to resolve, stating that being a refugee was not a status for anybody to remain in another country without enjoying the full rights of a citizen.

Updating the Acting Minister on the strides they had embarked on, the UNHCR representative, Ms Monique Ekoko, said they were in Sierra Leone in relation to the 392 exempted refugees.

She said they had engaged them with two options of either returning to their birth countries or reintegrate in Sierra Leone, adding that they had rejected both options.

She reminded the minister that Sierra Leone was part of the Global Compact on Refugees and had made pledges that they were following up on, especially regarding statelessness, adding that there was already a national action plan prepared in collaboration with the related ministries and would be another line of engagement in the coming weeks.

Ms Ekoko commended the Government of Sierra Leone for being the first to come up with a proper National Action Plan.

In her response, Minister Madam Mamadi Gobeh-Kamara started by extending profound appreciation to the UNHCR for its continued support to Sierra Leone through NaCSA and for being a reliable partner and trusted friend. She said the NRA Secretariat at the Ministry of Foreign Affairs and International Cooperation comprised 18 other members who engage quarterly for the purpose of handling vital issues emanating from the 2007 Refugee Protection Act and to also ensure the completion of the amendment process of the Act.

She reaffirmed Government’s commitment to the international protection of refugees and other persons of concern, reiterating their obligation to the goals of the UNHCR as seen in the continued operations of the NRA Secretariat.

She called on UNHCR to continue to support the Government of Sierra Leone to fulfil its commitments with a view to finalizing the amendment process of the Act.

She concluded by expressing hope for the continuation of the fruitful existing relations between Sierra Leone and UNHCR.