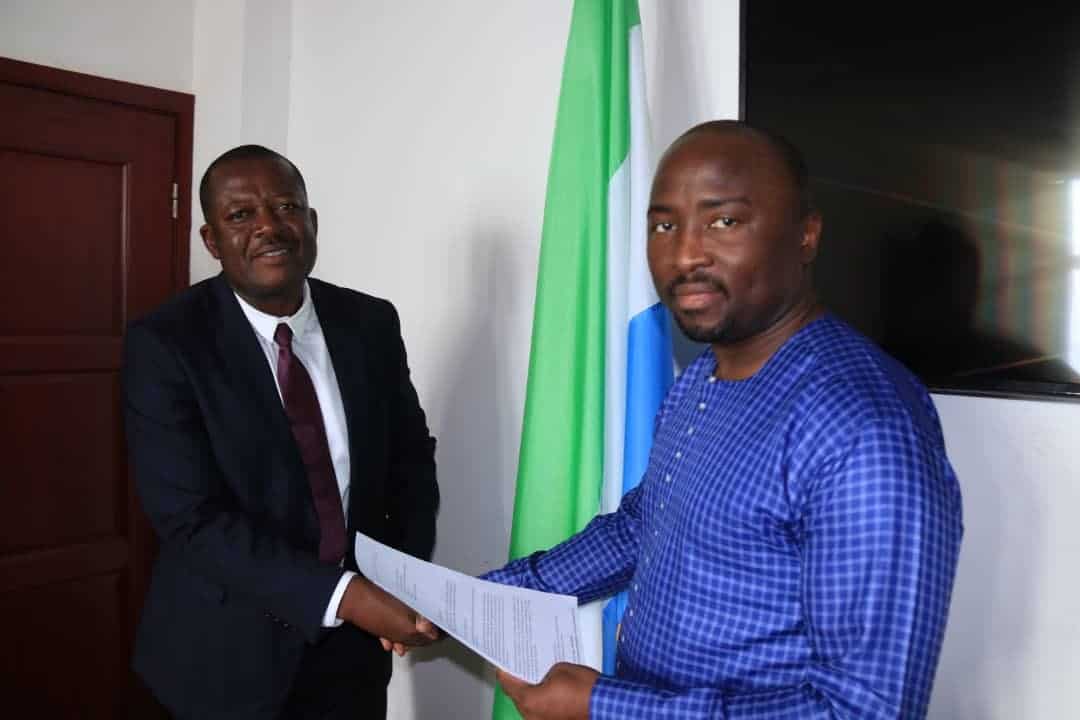 In his statement, Mr. Liyosi congratulated the Acting Minister of Foreign Affairs on his new appointment as Deputy Minister of Foreign Affairs and International Cooperation. Being his first time to visit Sierra Leone, the WHO Rep said his ambition in the country is to work very closely to support the Minster of Health and Sanitation especially in leading the health agenda within the UN family and also to support and work closely to strengthen the country’s Health sector generally.

Health, Mr. Liyosi said is not just within the health sector but also concerned with other socio-economic indicators. He expressed hope for a good working relationship with the Foreign Ministry, other Ministries as well the UN and donors.

In his welcome statement, the Hon. Acting Minister, Mr. Jamiru welcomed Mr. Liyosi to Sierra Leone on behalf of His Excellency President Julius Maada Bio, the Foreign Minister Madam Nabeela Tunis and the people of Sierra Leone. He recalled that Sierra Leone was first admitted as an associate member of the WHO family at the 9th World Health Assembly in 1956 and after Sierra Leone gained her Independence in 1961, she became a full member of WHO. The country, he said, is now enjoying about 58 years of WHO membership and close cooperation. The Hon. Acting Minister expressed thanks and appreciation to Mr. Liyosi and the WHO family for saving the lives of women and children during the Ebola scourge and for providing care to the survivors.

He reiterated that within the context of the country’s National Development Plan, health is an important policy cluster outlined in cluster one on the Human Capital Development. The Acting Minister furthered noted that WHO’s current strategic plan on health is a welcomed value addition to our Government’s National Development Plan (NDP). The Acting Minister stated that in 2008 the country suffered about 89 deaths per every 1000 births adding that in 2017, the number of death toll per 1,000 reduced to about 59.

Hon. Jamiru noted that Mr. Liyosi is in the country with a pedigree of experience in public health, and that as he had worked extensively worldwide during difficulty circumstances, his coming to Sierra Leone with such experience, will add value to the health system of the country. He expressed hope that the WHO Country Rep will share his experience and the organization’s available resources to support the country’s National Development Plan.