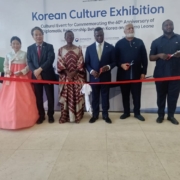 Sierra Leone’s Foreign Minister, Prof. David John Francis and the South Korean Ambassador to Sierra Leone, H.E Kim Young Chae, have in a Ceremony organized at the Freetown City Council Hall commemorated the long standing bilateral ties that has existed between the two Countries Since 1962. 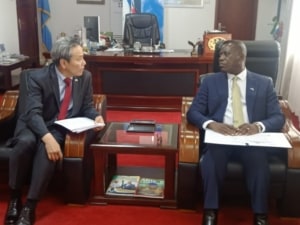 Professor Francis in his statement said, since the establishment of diplomatic relations, Korea has always been a close friend of Sierra Leone and vice versa. During the Ebola crisis, the Korea government sent a team of medical experts and medical supplies to help contain the virus and also supported the Government and People of Sierra Leone during the COVID-19 pandemic. 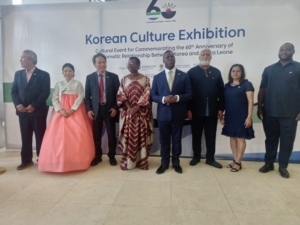 He said the friendship between the two Countries goes further than just fighting diseases. Korea and Sierra Leone share similar histories, as they both suffered from civil war. But the people of both Countries also share great optimism and hope for a brighter future. The share a common vision of peace, prosperity, and progress. This is why they both continue to closely collaborate with each other in various areas including politics, economy, culture, public health, fisheries and education.