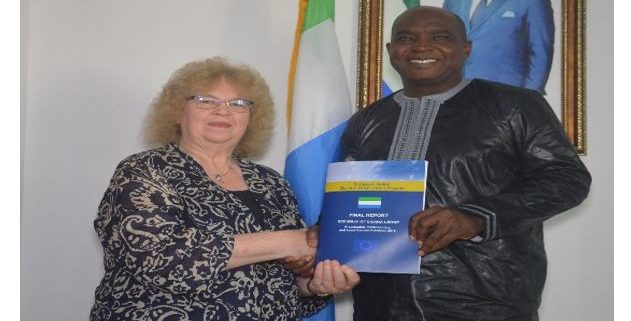 The European Union Election Observation Mission (EU EOM) led by the Chief Observer Hon. Jean Lambert has presented a copy of the final report on the 2018 Presidential, Parliamentary and Local Council elections to the  Minister of Foreign Affairs and International Cooperation, Dr. Alie Kabba at a ceremony held at his Tower Hill office in Freetown.

Presenting the EU EOM final report to the Minister the Chief Observer Jean Lambert congratulated Sierra Leone on the overall conduct of the elections, which set a standard for other countries in the region. At the same time she noted that there is always room for further improvement in electoral processes as with democracies and expressed the hope that the Sierra Leone government, National Electoral Commission (NEC) and other stakeholders would find the EOM’s recommendations a useful contribution.

She further noted that the report carries the narrative of the elections observations with twenty nine recommendations. Six of which she emphasized were prioritised including: the term of office of the President; Funding for the National Electoral Commission; women representation, transparency among other issues.

The Minister of Minister of Foreign Affairs and International Cooperation, Dr. Alie Kabba, on behalf of the Government and the people of Sierra Leone expressed thanks and appreciation to the EU EOM for observing the March 2018 Elections. Dr. Kabba lauded President Julius Maada Bio’s commitment in promoting and sustaining the New Direction’s foreign policy agenda. He assured of his Ministry’s cooperation in taking all necessary steps to implement the recommendations proposed by the EU EOM and provide the necessary assistance required for its implementation in accordance with the laws in force in the Republic of Sierra Leone.

Dr. Kabba assured the EU-EOM delegation of government’s commitment to review the seditious Libel Act for media practitioners to enhance freedom of expression which is part of the recommendations brought forward in the report. On the issue of women participation in the electoral and governance processes, the Foreign Minister stated that women participation is their utmost priority. ‘This is why you have seen that His Excellency’s latest appointment was a woman to hold the position of Attorney General and Minister of Justice for the very first time in our country’s history’, he said.

The Head of Delegation for the European Union (EU), Ambassador Tom VENS also underscored the significant role EU EOM played before, during and after the elections in the country. He assured the Minister of regular engagements and follow ups on the recommendations of the EU EOM final report

Present at the ceremony were: the Director General, Paul A.S Minah; Director for Europe, Witson Yankuba; and other officers of the Ministry. 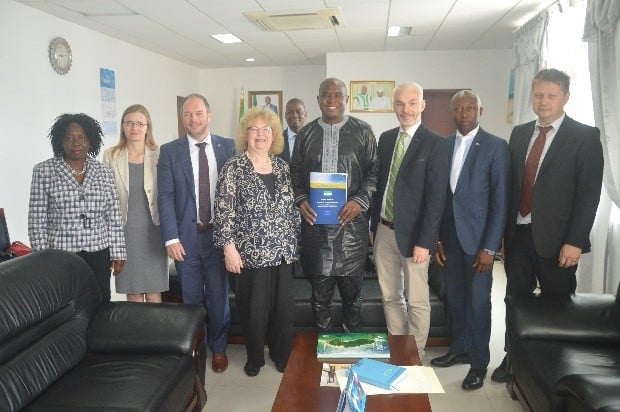 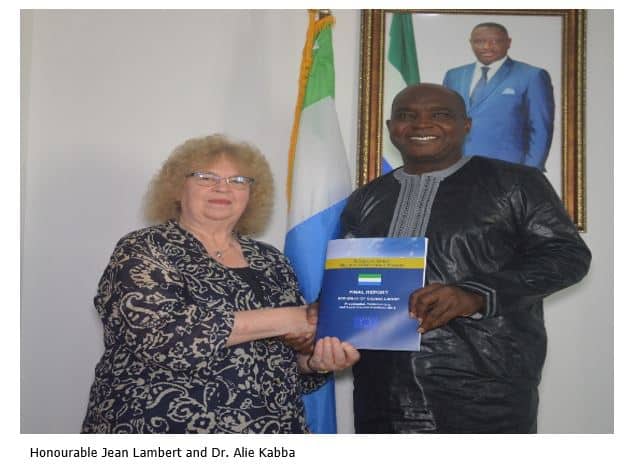 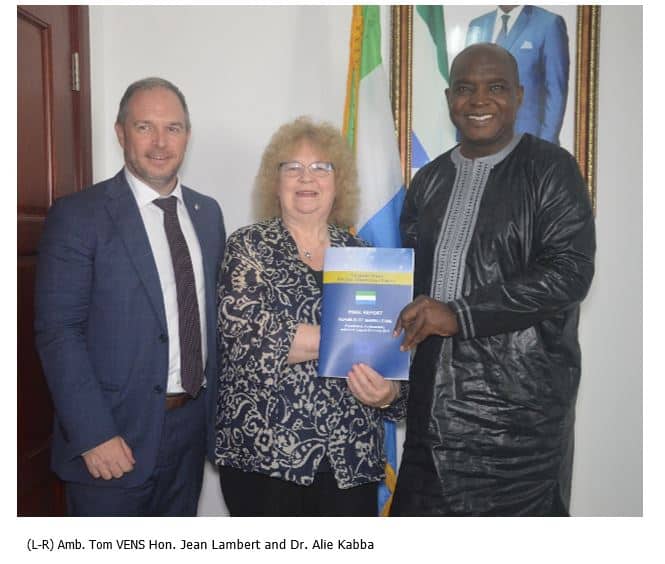 The Minister of Foreign Affairs and International Cooperation Signs Over $44M...