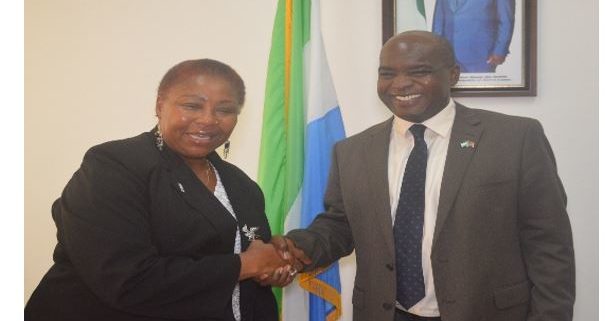 In a bid to broaden and bolster economic and technical cooperation between the United States of America and the Republic of Sierra Leone, the Minister of Foreign Affairs and International Cooperation, Dr. Alie Kabba, has signed two assistance and development objective grant agreements to the tune of 44.420M USD between the United States of America acting through the US Agency for International Development (USAID) and the Republic of Sierra Leone at a signing ceremony held at the Directors conference room in the Ministry, Tower Hill, Freetown.

The agreements which were signed by USAID Mission Director for Guinea and Sierra Leone, Barbara Dickerson, for and on behalf of the US Government, and the Minister of Foreign Affairs and International Cooperation, Dr. Alie Kabba, on behalf of the Government of the Republic of Sierra Leone and witnessed by the USAID Country Coordinator, Khadijat Mojidi, stipulates that the U.S Government through USAID agrees to continue to provide to the Government of the Republic of Sierra Leone a top up funding with incremental money for this year’s grant assistance in the amount of 8,893,448 to improve the Agricultural and Food security situation of the Sierra Leonean population, and 35, 527,314 US dollars to advance democratic governance and economic growth.

In her brief remarks before the signing of the agreement, the USAID Country Coordinator, Khadijat Mojidi, gave a brief historical background on U.S assistance to Sierra Leone since 1961 in enhancing political stability, achieve food security and strengthen democratic governance through targeted assistance to key sectors such as education, health and agriculture. She also highlighted some of the assistance provided during the civil war and the Ebola outbreak, including humanitarian and emergency assistance, reintegration and reconciliation, Ebola emergency response and investing in the country’s post Ebola recovery.

The USAID Country Coordinator further highlighted some of USAID’s achievements thus far in its programmes on good governance, gender equality and empowerment, feed the future agriculture project, health and to foster economic growth through public-private partnerships on its path towards a peaceful and prosperous future.

Dr. Alie Kabba on behalf of the people and Government of Sierra Leone lauded the efforts of the US Government through USAID and their implementing partners for the projects and activities that have been implemented in the country. The Foreign Minister underscored the significance of one of the projects implemented by USAID in eleven chiefdoms in the Tonkolili district where it has improved the nutritional status, strategic value chain and income of the people.

The New Direction agenda of His Excellency, Dr. Julius Maada Bio, the Minister said, is focused on delivery where every member of the society should benefit. “I would like to see the full implementation of all USAID projects in the country, creating a positive impact in the communities and the lives of the people”, Dr. Kabba added. The Minister assured that his Ministry will continue engagement with USAID and implementing partners to show the level of accountability, transparency and commitment in achieving the objective set forth in the Grant Agreement signed between the Republic of Sierra Leone and the US Government acting through USAID.

”I look forward to working with your esteemed institution in meeting a desired goal in the New Direction”, he Concluded

Present at the ceremony were: the Deputy Minister of Foreign Affairs and International Cooperation, Mrs. Nimatulai Bah-Chang; the Deputy Director General for Policy, Dr. Michael Kargbo; Directors of various Divisions in the Ministry; and Representatives from USAID; the Ministry of Political and Public Affairs and the National Commission for Democracy. 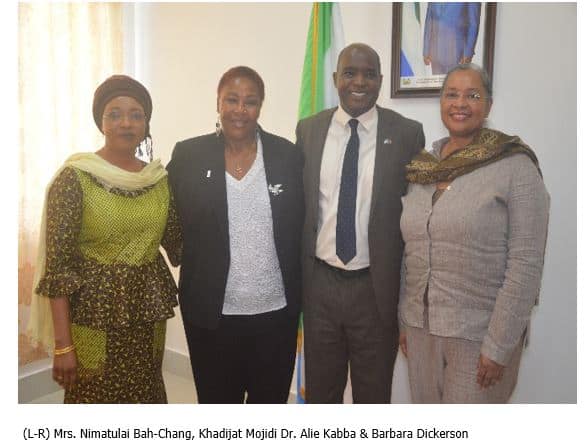 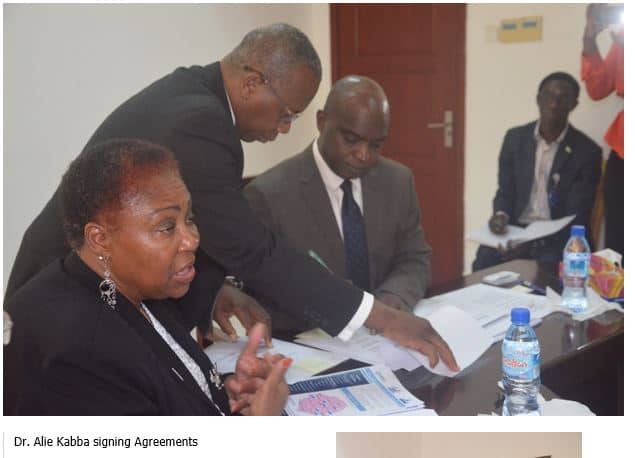 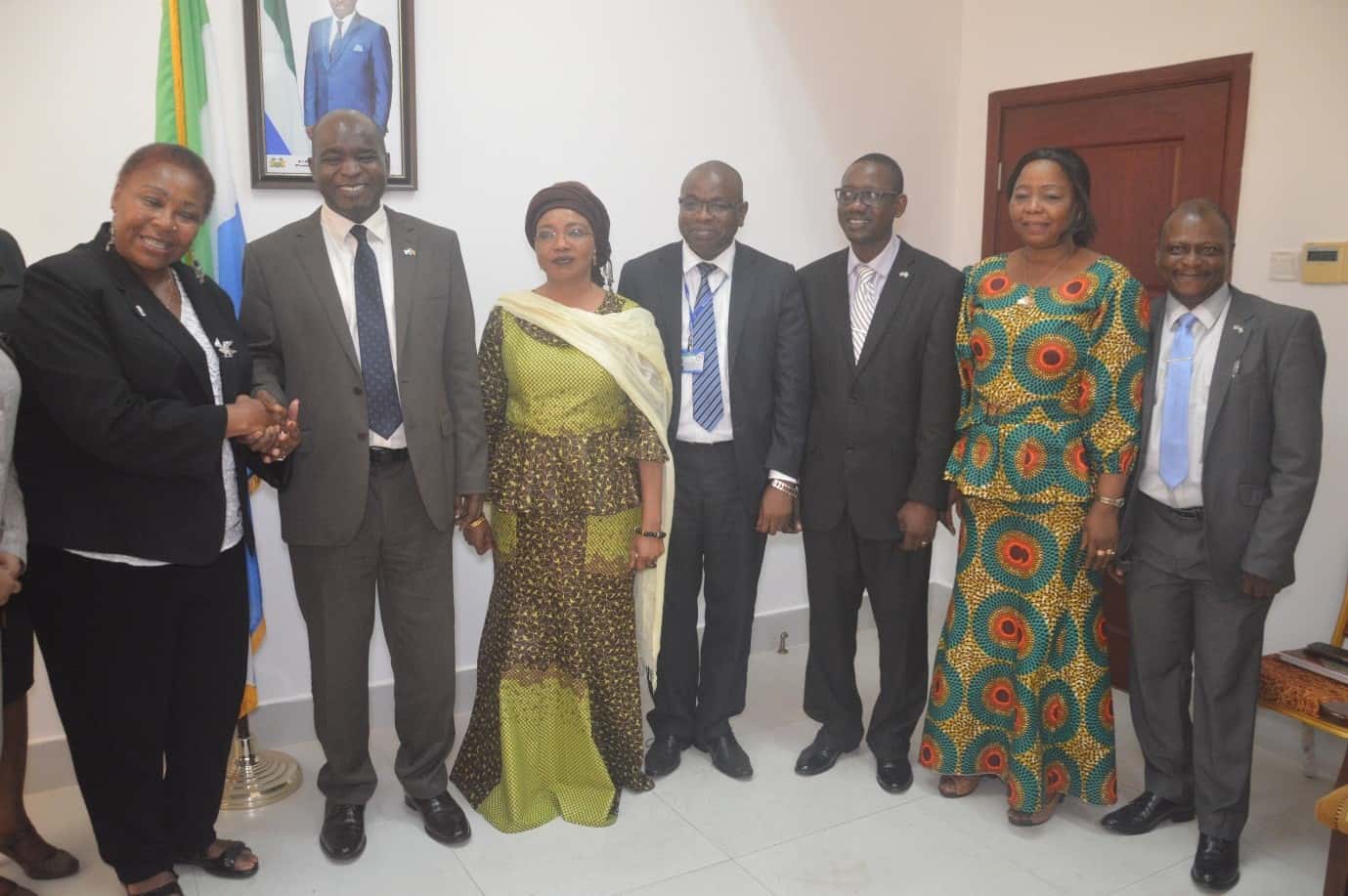 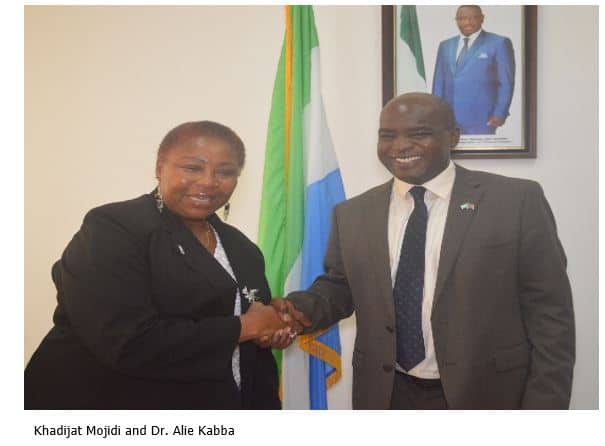 The UNEP Executive Director pays a courtesy call on the Deputy Minister of Foreign...