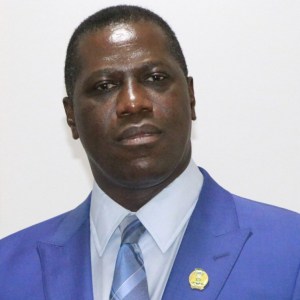 In April 2018, H. E. President Julius Maada Bio designated Professor Francis as the Minister of Foreign Affairs and International Corporation to represent the country in the Commonwealth Heads of State and Government Meeting (CHOGM) / Commonwealth Summit in London, 18 – 20 April 2018 and the state visit to the State of Qatar from the 21- 23 April of 2018.

Before joining Government, Professor Francis was the Head of the world-renowned Department of Peace Studies & Director of the John & Elnora Ferguson Centre for African Studies (JEFCAS) at the University of Bradford in the United Kingdom. He served as Commissioner for the UK Commonwealth Scholarship Commission. Also, he held the UNESCO Chair of African Peace and Conflict Studies at the University of Bradford. Professor Francis held a Research Professorial Chair in African Peace and Conflict Studies, the first-ever to be established at a leading UK University. He has a PhD degree from the University of Southampton, United Kingdom; Diploma in Law, Development and Social Justice from the Institute of Social Studies, from the Hague, The Netherlands; Diploma in Human Rights from the Raoul Wallenberg Institute, Lund University, Sweden, and BA (Hons) from Fourah Bay College, University of Sierra Leone.